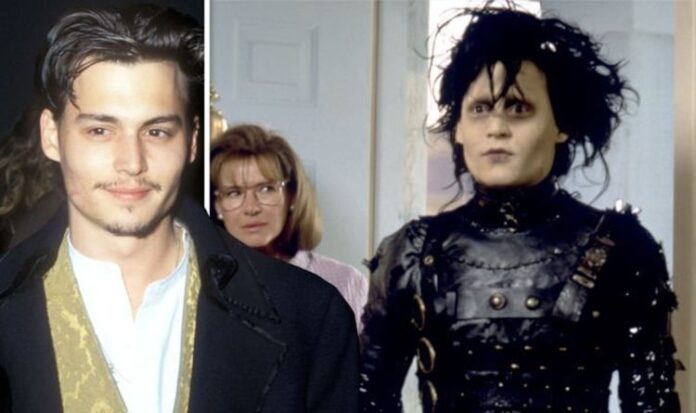 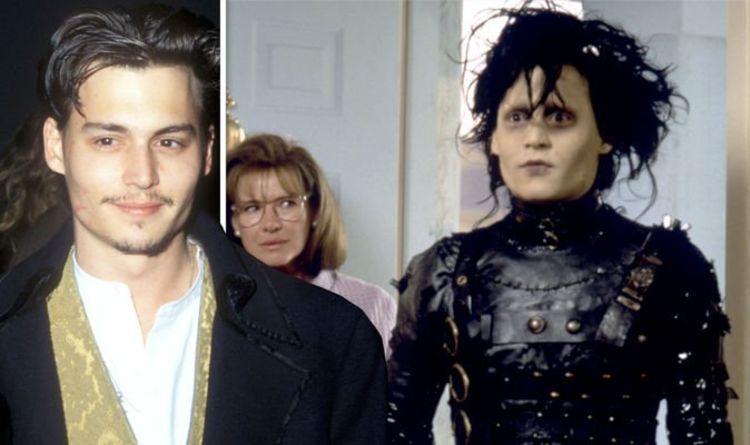 Burton and Depp have built a strong relationship over the years working on various movie projects including Sweeney Todd, Corpse Bride, Charlie and the Chocolate Factory and Alice in Wonderland. The pair’s first joint venture was Edward Scissorhands, which told of a machine who had become a man, but was left unfinished. The character struggled through the film with enormous scissor hands which caused countless problems, including puncturing water beds and cutting his face.

Depp appeared in a TV special before the release of Sleepy Hollow in 1999 where he discussed working on the Edward Scissorhands film.

The Pirates of the Caribbean actor said: “I just used to put [the hands] on in my house.

“And I can remember trying to go to sleep with the hands on, you know, to see what it would be like when I woke up having forgotten that they were on.

“I woke up and the hands were completely across the room!”

WATCH THE VIDEO BELOW

Depp laughed, while adding: “I’d flung them off during the night at some point.”

Although Edward Scissorhands had a lot of comical scenes which Depp loved, he admitted he recognised how touching and emotional the heart of the film was.

He went on: “I can remember reading the script and… It’s embarrassing – weeping!

“I mean, I cried. I read the thing and I cried. I thought it was one of the most beautiful things I’d read in my life.”

After a year of being together, Depp proposed to Ryder and their relationship became the most popular celebrity match-up in Hollywood.

He told one magazine at the time: “I love her so much. I don’t know what I would do without her.”

After four years together, Depp and Ryder split up in 1993. The split happened just before the Chocolat star began filming Burton’s Ed Wood.

The director claimed the break-up hit the actor hard, saying the 30-year-old was in “floods of tears” on set.

Burton said at the time: “I felt so bad. I asked him why it happened, but all he said was: ‘It wasn’t her fault, it was mine.’

Ryder commented on the break-up years later, saying: “I was very depressed after breaking off my engagement with Johnny. I was embarrassingly dramatic at the time, but you have to remember I was only 19 years old.”