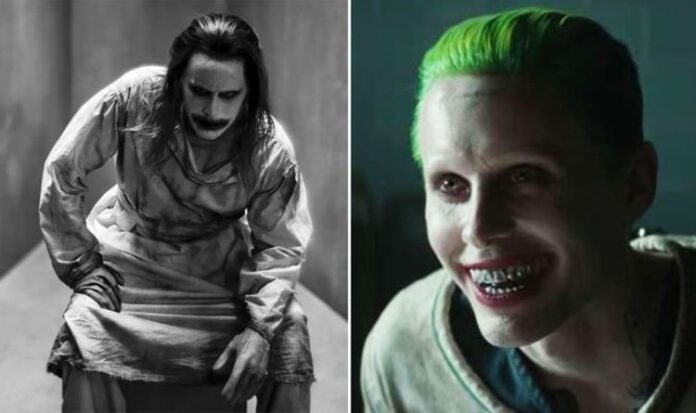 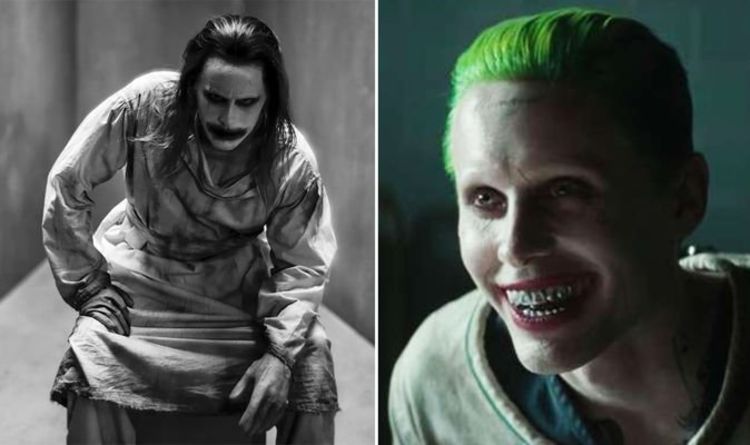 Back in 2016, Suicide Squad hit cinemas and saw Jared Leto play a tattooed gangster take on The Joker. But now with new scenes shot for the Snyder Cut version of Justice League, his take on the Clown Prince of Crime is back for a Knightmare future epilogue. However, Leto’s Joker is missing his tattoos and metal teeth and generally seems to be more in the same vein as Heath Ledger and Joaquin Phoenix’s Oscar-winning turns.

The Snyder Cut Joker is even in a straitjacket from Arkham Asylum, so what’s going on?

Well, the epilogue is clearly a few years after Suicide Squad, but now a popular new fan theory argues that the tattooed Joker in that DC movie was a delusion of Harley Quinn’s. Perhaps such a theory would be proven right if Justice League 2 happens one day?

Reddit user EmperorJoker wrote: “I think The Joker in Suicide Squad and The Joker that Harley is affiliated with is a fake that she created to fulfil a delusional fantasy.

“She was a doctor and let’s face it: as a character, she’s an unreliable narrator as she’s clearly very self-involved.”

The theorist reckons that the real Joker went on away after killing Jason Todd’s Robin and Harley was so obsessed with the evil clown she had to make her own.

Fans will remember that Jason’s suit featured in Batman v Superman with the words “jokes on you Batman” spray-painted on.

The theorist continued: “Joker in Arkham references how she took memories or something before shocking him.

“I think she tortured a patient and brainwashed him. I also think nobody, or rather very few people, knew or suspected the truth.”

Sadly, Warner Bros don’t have plans for a Justice League 2 and 3, even though Zack Snyder had intended they follow a similar arc to Avengers Infinity War and Avengers Endgame.

Just imagine more scenes of Batman forced to work with The Joker to take on Darkseid’s evil Superman in the Knightmare future.

Nevertheless, Beyond The Trailer’s Grace Randolph – who has sources – claims that the SnyderVerse is likely to continue on HBO Max as a series.

She tweeted: “As I’ve been saying, if #SnyderVerse moves forward it will be on #HBOMax as a series, under #HBO’s creative leadership. (Like Watchmen).”

While in a new YouTube, Grace said: “As I’ve been telling you all along the SnyderVerse will very most likely continue on HBO Max.

“Now, of course, Jason Kilar could force Warner Bros’ movie division to do the SnyderVerse.

“But why would he do that, especially when HBO Max is the one that needs the help and needs the boost?”

Fingers crossed the SnyderVerse can continue in some form on streaming at least.