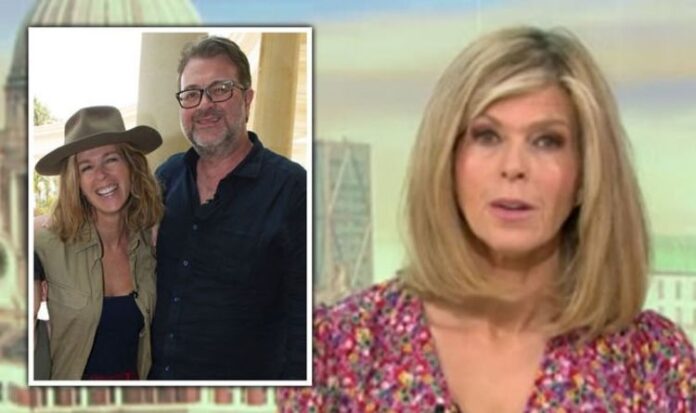 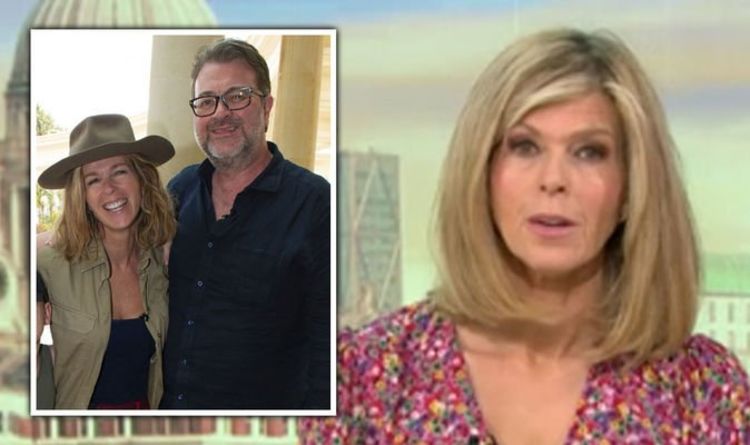 Kate Garraway joined Iain Dale on his LBC show to discuss her husband Derek Draper’s condition and her new book, The Power of Hope. The Good Morning Britain presenter’s husband recently returned home, but his recovery continues as he requires around the clock care, and Kate admitted Derek will likely be “traumatised” by his ordeal.

Iain asked: “Have you come to terms with the fact that it is inevitable that things cannot go back to how they were even if he recovers, it will not necessarily be the same as it was?

“It absolutely won’t be the same as it was, I don’t think it will be the same for any of us really, I think we’re all changed by this,” Kate answered.

“I think, strangely, we’ve all been through something together in isolation. It is the strangest experience which I think we will look back on in decades to come, people will study in schools and we all wonder how we all live through it.

“Hopefully we’ll get a chance to look back on it and hopefully it will just be history. We won’t have to live a strange new life forever.”

Read more: Kate Garraway’s daughter asked ‘Are you going to kill yourself?’

“But it has changed us all in terms of what exactly it means for us, I still don’t really know,” she continued.

“I don’t know what our family life will be, I hope that it can be with Derek in the home.

“I hope that we can continue caring for him in the home, I hope that’s best for him as it feels like it is right now.

“I hope that he will find a way and we will help him to find a way to be more present. I mean he is a dominating person, but he’s going to be changed.”

The GMB presenter said: “I mean, at the very least, he is going to be traumatised, and at the worst, he may never change from this, although I have to check myself, that isn’t the worst because he’s still here.

“I like making copious amounts of notes about things and planning things, I’m not necessarily on the surface particularly organised.

“But I do always have plans, and I’m quite happy for those to change, but I like to have a sense of where I’m going and this has been a free-fall.”

Iain interjected: “You described earlier the discussions over locked-in syndrome, are you constantly searching for the key to try and unlock him out of this situation?”

Kate replied: “Absolutely, I feel I am, and I’m doing it constantly sort of like a journalist – constantly researching new ways, new techniques, new things that people every day are discovering, and there’s a world of wonderful activity out there amongst the medical professionals, constantly looking for things that can help.

“And also, on an emotional level, I’m constantly looking for flickers in the eye.

“He mentioned the other day that he liked my dress and I was so flabbergasted because it was almost a sentence and it was actually a new dress.”

“He also remembered that I like flattery,” Kate joked. “There are also times where stuff that I’ve said to him, I can see that he’s consciously trying to do [it]. We’re trying to get him to.

“He has got some movement and we’re trying to get him to make that movement purposeful.

“And see if we can trigger a memory of what he’s doing and how you can do it.

“He can see me banging on about things to him and he’s sort of trying to do it and there’s definitely a connection.”

Iain Dale presents on LBC on Mondays, Tuesdays, Wednesdays and Thursday from 7pm.