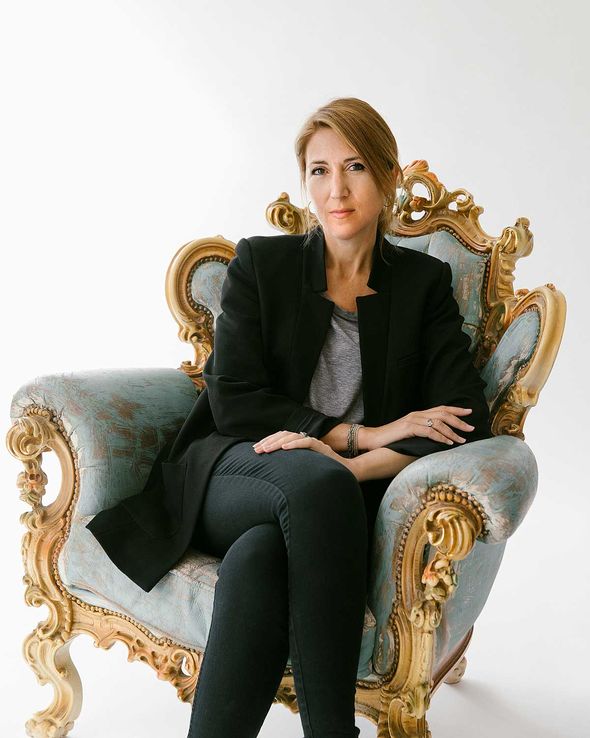 “The Family Upstairs is essentially about a locked down house, where children are taught at the kitchen table, where food is delivered to the door, where nobody comes in or goes out,” says Lisa, 52 “But, in this locked down house – unlike in our own locked down houses – the danger is on the inside, not the outside. “I think there is a strange reassurance in that for readers, a reminder that while their freedom is restricted, at least they are safe.” Having sold half a million copies in the UK and Ireland, The Family Upstairs was the bestselling paperback novel in the crime genre of 2020 and has spent weeks in the top 10 fiction bestseller lists alongside her new book, Invisible Girl, which enjoyed three weeks in the number one slot.

But Lisa – a former secretary whose 17 novels have sold some five million copies since her 1999 debut Ralph’s Party – is also acutely aware of households where the danger is behind closed doors, following her own emotionally abusive first marriage.

“When the first lockdown was announced, I felt this cold dread flow through me,” she explains.

“Even though I am now happily remarried to a wonderful man, it triggered those feelings of not being able to see the people you love, including family.”

For Lisa, there are unsettling similarities between lockdown and the coercive control she experienced first-hand during her five-year-long first marriage.

“The government put out a graphic a couple of years ago that showed 20 different signs of domestic abuse. It’s frightening how close it is to a lockdown chart,” she says

“Every single thing is there: Not being allowed to go to work, see friends, do as you wish.

Even the ‘gas-lighting’ is there – that debilitating sense that the goal posts keep on changing and maybe you are being lied to.”

She’s not surprised experts claim we are facing the beginning of a mental health epidemic – but insists reading is an effective way to escape the confinement, even though she admits she spends hours scrolling through the feeds on her phone when not working or supervising her daughters, aged 13 and 17.

She even rented a small office space across the road from her London home in a bid to work without interruption.

“I’m used to writing at the kitchen table or in a coffee shop but neither of those options are currently available,” she says.

“Just as I settle down to write, a child appears and finds me the most fascinating person in the world. I had to get out of the house and I’m lucky that I’ve been in a position to rent external space.”

Lisa’s journey to success has been every bit as complex as one of her addictive, time-shifting plots.

“There was nothing normal about the way I became a best-selling commercial novelist,” she laughs, still sounding somewhat incredulous about the millions of books she has sold.

“I come from a very un-academic family and grew up in a little cottage in Totteridge, north London, without books. Neither parent went to university.”

Her father was a textile agent “selling Italian fabric out of suitcases”. Her mother a part-time secretary who had her two daughters within a year, Lisa being the eldest.

“My dad was difficult; he didn’t like children who had opinions, which became harder as we grew older.

So we retreated into a corner with my mother. My sister and I inhabited an imaginary world and invented characters.”

After abandoning her A-levels on the first day of term for an art foundation course at her local adult education college, Lisa was 20 when she met her first husband in London.

By this point, having been a secretary and pattern room assistant, she was working in a PR role for the fashion retailer Warehouse, set up by design guru Jeff Banks.

She married the following year; a decision she now describes as a misguided bid for security after growing up with her emotionally distant father.

Unfortunately, the “love-bombing” her new husband showed in the early stages of their relationship quickly became an attempt to control every aspect of Lisa’s life.

“I’d always known I wanted to set down my thoughts about the marriage; how dark, bleak and endless it feels to be stuck with someone who somehow manages to exert their control over you,” she explains of a theme that has found its way into many of her novels.

“You know you are wasting your life; that it is being stolen from you, and that each day is a day you are never going to get back, but your feet are plugged into cement.

“I wasn’t allowed to see the family and friends who could have helped me, knowing if they tried to rescue me it would make things worse.”

Eventually, two concerned college friends did go to the house during what she describes as the couple’s “rigid Saturday night routine”.

“The house was full of wine but he said we didn’t have any and sat there brooding, unwilling to make eye contact with them or me. When they eventually left, he didn’t talk to me for days.

“There is something so exquisitely painful about sharing space with someone who has blocked you out emotionally.

It’s a horrible, horrible feeling, particularly as he was really funny, clever, and good company – I think he was able to exert psychological control over me because those aspects were what I was trying to hang on to.”

When Lisa finally found the courage to walk away, she was amazed by how easy it was to leave.

By then, her marriage had cost her the promotion she had won to PR manager at Warehouse.

“One of the constraints of being in a coercive relationship is that I was not allowed to stay a minute longer at work than he decreed.

My husband would pick me up at the train station, and if I was late he would not talk for 24 hours.”

Having become what she calls “a suburban shadow living in a tiny box”, her liberation was hugely enriching.

She found a job as a receptionist at Thomas Pink, the now defunct upmarket shirt-makers, and found love a second time around with Jascha, a gentle, caring man working in the IT department.

“He took me out for pancakes one lunchtime and told me he would wait for me to free myself from my marriage.

As soon as I saw him I knew he was mine, but we never had an affair. Instead we married five years after we met and have just celebrated our 20th wedding anniversary.”

During this time, Lisa has become one of the UK’s most successful novelists.

She started writing her first book after a challenge from a friend, following the night classes in creative writing she took after leaving her first marriage.

“Suddenly I was able to do whatever the damn hell I wanted to do,” she recalls. “The writing classes were just for fun.”

But her natural talent quickly earned plaudits from her tutors and fellow writers.

“I’d always wanted to be a journalist when I was growing up, but I didn’t think of myself as a writer so the feedback I received instilled so much confidence in me.

“Soon after, I was made redundant from Thomas Pink which presented me with a chunk of time.

I’d just read Nick Hornby’s High Fidelity and believed that to be a writer you had to be either middle aged or male.

I didn’t think there was interest in the voice of a young woman. But a friend said, ‘Just do it: write three chapters and I’ll treat you to dinner at your favourite restaurant’.”

This was the inauspicious beginning of Lisa’s first published novel, Ralph’s Party, which became the best-selling debut of 1999 and helped popularise the burgeoning genre then known as “chick-lit”.

A number of her books have now been optioned for production, including by Sony, which plans to make The Family Upstairs into a six-part TV drama.

However, all that is on hold, for now. “Things were just starting to stir…then Covid,” she says with a sanguine smile.

But with her knack for creating mesmerising storylines, it is surely only a matter of time before they make it to the screen.

Invisible Girl and The Family Upstairs by Lisa Jewel are published by Arrow Books Ltd at £8.99 each. Call Express Bookshop on 01872 562310 or order via expressbookshop.co.uk Postage and packing £2.95, orders over £12.99 free delivery