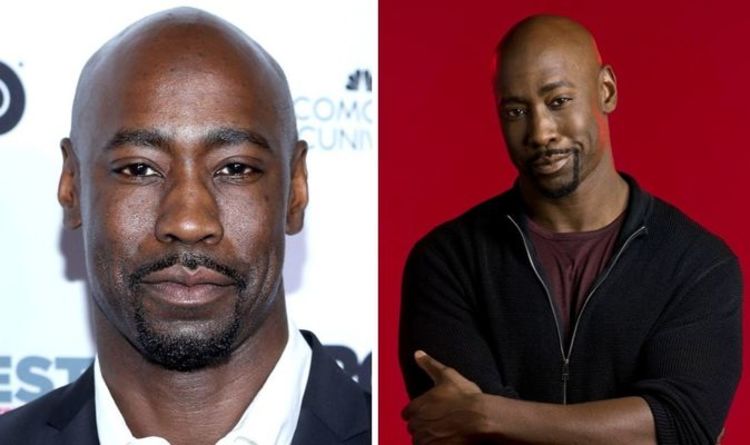 Amenadiel star D.B. Woodside has announced he will be directing the eighth episode of Lucifer’s sixth and final season.

As the wait for new Lucifer content continues, the show’s official Twitter page has been releasing a number of clues and eventually revealing a new episode title each week.

This weekend, the account revealed Woodside’s episode will be titled Save the Devil, Save the World.

Episode eight joins a slate of high-stakes and potentially catastrophic titles for season six, including the ominously named fifth episode, The Murder of Lucifer Morningstar.

The star took to his own Twitter page to tease his involvement in the series, prompting celebratory messages from his fans and fellow cast members.

Woodside wrote: “Directed by DB Woodside.” This is gonna be fun.

Production on Lucifer’s sixth season kicked off in October last year, so it’s hoped filming will wrap up in time for a late 2021 or early 2022 release.

They said: “Uh-oh, what did our favorite Lucifer get himself into that he needs saving? Thinking I bet [writer] Aiyana E White and our newest director, D.B. Woodside, know.”

With the arrival of God (Dennis Haysbert), Mazikeen’s (Lesley-Ann Brandt) betrayal and Lucifer’s evil in Michael in town, the pressure is mounting heading into the next season.

However, there is still the rest of Lucifer’s ongoing fifth season to be released on Netflix, which has yet to be given a premiere date.

Fans of the show have proven the hype still hasn’t died down months after season five’s gripping midseason finale, and they piled on the support for Woodside’s directorial debut.

One fan wrote: “If you direct this episode like the way you act: no worries! It’s going to be awesome!”

Another speculated: “If not an angel saving the devil while directing the whole story, then who else?”

Whether Lucifer has been taken hostage by a new villain or once again sent back to Hell, his angelic brother Amenadiel could be his only chance for survival in season six.

His work on the production side of Lucifer after five years on the series is certainly a long time coming, so fans are more eager than ever to see the show make its return.