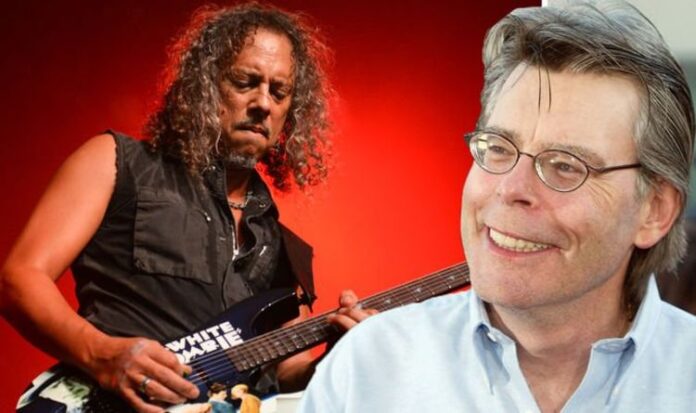 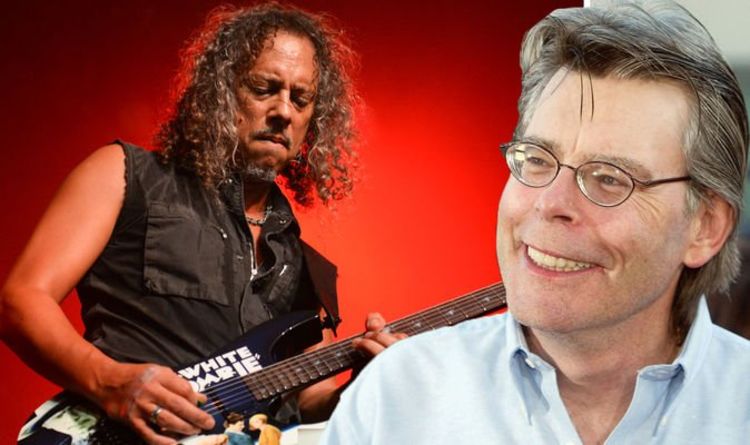 Both Metallica and legendary novelist Stephen King have the same sort of themes as they both write about some of the deeper topics in life. This connection was not lost on Hammett, who previously spoke out about using King as inspiration for one of their biggest-selling albums to date.

Hammett told the story on one of his blog posts where he revealed he found the inspiration for the band’s second album, Ride The Lightning.

He wrote: “One huge thing about my personal connection with Stephen King occurred when I was reading a chapter in The Stand.

“The chapter had a guy in prison who was waiting to Ride The Lightning, and I just thought: ‘Oh my God, what a cool collection of adjectives and nouns that is!’”

The Stand was King’s fifth novel and focussed on a worldwide pandemic wreaking havoc through the lands.

During the novel, as noted by Hammett, one of the characters – Lloyd Henreid – is in prison and about to be executed by electric chair.

This turn of phrase was enough to inspire Hammett into writing the incredible song Ride The Lightning. The guitarist went on to name the entire album after the the song.

Hammett went on: “I told [the band’s singer] James [Hetfield], he thought the same, and the rest is Metallica history!

“Pick up a copy of The Stand if you’re obsessive enough and find the chapter about a guy on death row where King actually writes the words.”

King has remained a fan of Metallica for years and most recently touched upon still listening to them.

The author revealed he fuels his creative process by listening to heavy metal.

“[I listen to] Metallica, Anthrax. I still listen to those guys … There’s a band called the Living Things that I like a lot. Very loud group.”

King did, however, go on to add: “I never cared for Ozzy very much.”

He also confessed his love for the band back in 2016 on Twitter.

The writer told his 6.4 million followers: “I believe I’ll have a Heavy Metal Weekend, starting with Slayer, Sabbath, and Motorhead.”