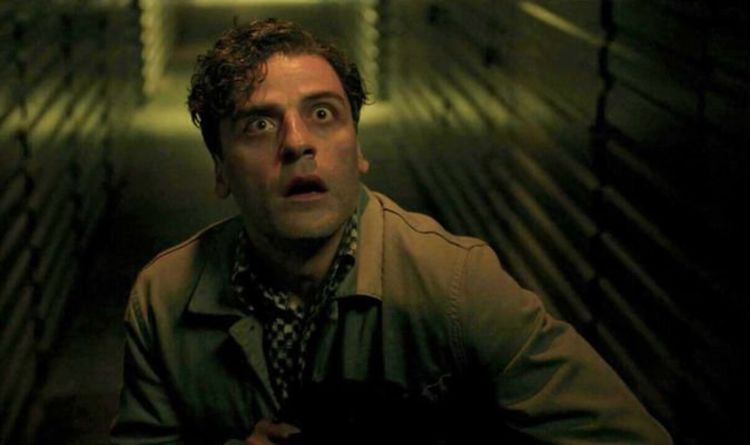 Moon Knight is due to hit Disney Plus at the end of March. The new Marvel series focuses on one of the first few magically powered characters in the live-action series yet (apart from Doctor Strange and Scarlet Witch, of course). Although just a short trailer has been released, a lot of mystery already surrounds Isaac’s character Steven Grant (or was it Marc Spector?). Either way, our bet is he’ll be teaming up with a Game of Thrones star in the near future after some subtle clues.

The trailer for Moon Knight showed Isaac’s character spending a lot of time in a British Museum working at an Egyptian exhibit. This tied into the fact that Moon Knight draws his power from the Egyptian moon god Khonshu. Another character in the ever-expanding Marvel Cinematic Universe has also recently made an appearance in a British museum: Dane Whitman. The newcomer was played by Jon Snow star Kit Harington in one of the latest films in the series, Eternals.

Eternals mostly focussed on the titular aliens/robots, but the post-credits scene was dedicated to Whitman. The character had previously hinted that his family had a strong and mysterious lineage that was tracked back to the middle-ages, and the film’s final scenes teased what was coming next.

In the last moments of Eternals Whitman cracked open a case that held a black sword – the Ebony Blade. This ancient weapon is historically used by the Black Knight, Whitman’s alter ego in the comic books, a righteous warrior who battles evil with his magical claymore.

READ MORE: Major Spider-Man star opens up on returning after No Way Home

Director Chloe Zhao confirmed that the voice was Mahershala Ali playing Blade. The Daywalker is due to receive his first solo Marvel movie at some point this year (with a date to be confirmed), but the most exciting thing about his arrival means it could mean the beginning of the Midnight Sons.

The Midnight Sons are a Marvel Comics team of magic users consisting of Doctor Strange, Moon Knight, Hellstrom, Morbius, Ghost Rider, Doctor Voodoo, Man-Thing, etc. With Blade, Black Knight and Moon Knight now on the scene, the Midnight Sons may be just around the corner to fight evil – but who will be their main enemy?

Could it be Scarlet Witch, a notoriously powerful being? Or will it be someone new who has not yet been introduced? Whoever is going to be taking on these crusaders, Marvel fans will certainly be getting a lot of superhero in a short space of time.

The Marvel films and TV shows are available on Disney Plus now.

Moon Knight already has a connection to another Marvel hero