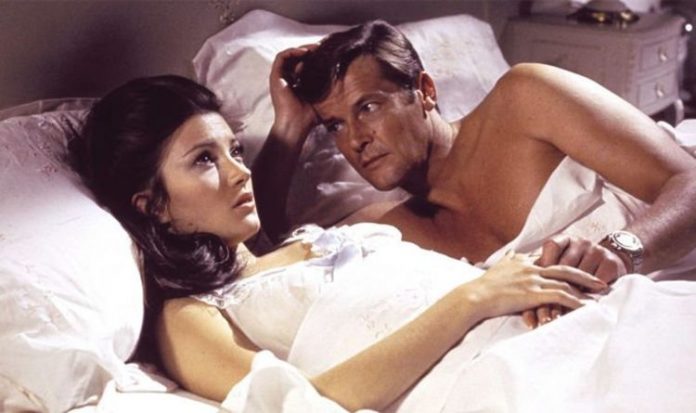 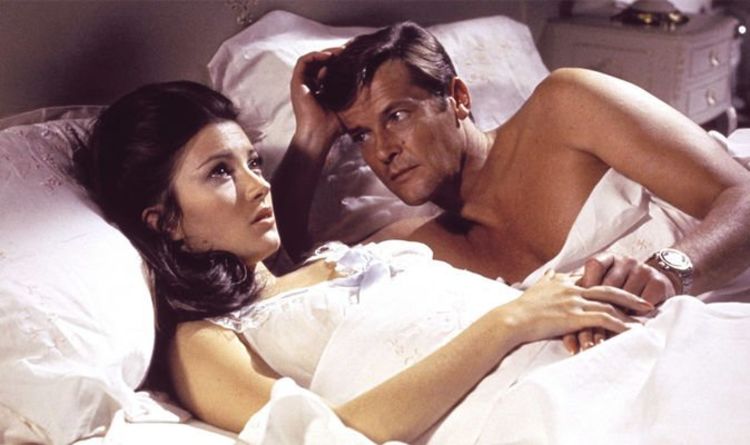 The 1973 movie introduced the world to a new kind of 007 after Sean Connery turned down a staggering $5.5million (around $36million today) to return yet again. He would, in fact, make one last outing as the Brit superspy when 1983’s Battle of the Bond saw his Never Say Never Again pitted against Moore’s Octopussy in 1983. Meanwhile, the suave Englishman stepped in after Clint Eastwood turned the role down and soon stamped his own mark on the character. There were no Martinis, shaken or otherwise. This Bond drank whisky. And Moore was repeatedly told to keep his arched eyebrows down – they were too closely associated with his previous role as The Saint. The 45-year-old was as charming off-screen as he was on, but one encounter with his young co-star backfired spectacularly.

Seymour was just 20 when she received her big break in war drama The Only Way. Two years later she was starring in the TV show The Onedin Line and then achieved international fame the same year when she played the mysterious Solitaire in Live And Let Die. Catherine Deneuve had been considered for the role and another actress, Gayle Hunnicutt, had been cast but forced to pull out when she became pregnant.

Married to Richard Attenborough’s son Michael, the nervous young actress arrived on set in Jamaica with a note from her powerful father-in-law, asking the crew to look after her: “She may well need a shoulder to lean on.”

In the decades after, Seymour always spoke fondly of her leading man: “He was funny. He was much funnier in real life than he ever was on film. I always tell people that. He was hilarious. Hilarious!”

It was Moore’s idea that they both eat liver and onions before their sex scene and when Seymour actually fell asleep in the bed because filming went on for so long, she woke to find Moore leaning over her with a cup of tea. They were even able to laugh when they both caught dysentery and were laid up in a trailer when it was hit by a car in a freak accident, throwing them onto the floor on top of each other.

In the famous poppy field scene, they both thought one line in the script was rather ridiculous: “We couldn’t look each other in the eye without losing it completely. We ended up like a couple of teenagers and they actually banned me from the set.”

However, one day Moore went too far and left his poor co-star in tears.

Seymour later recalled that she had the habit during cast and crew meals of constantly asking for things to be passed to her. Moore decided to play an elaborate prank on her.

She described what happened when she joined everyone for lunch on set: “One day he (Moore) thought it would be very funny if everyone picked up their trays and walked away when I came. I was mortified. He didn’t say, ‘Oh we were just kidding.'”

The distressed young actress was left in tears and admitted that she felt ”very abandoned” and would eat with the crew and assistant directors after that.

It was only many years later that Moore acknowledged his regret over the situation and four decades before he finally apologised to her in person.

Seymour said: “He later wrote in his book ‘I’m not sure she realised it was a joke.’ They finally cleared the air over the misunderstanding just months before Moore died in 2017. The actress was at a small party and spent “40 minutes or so”alone with Moore where they talked about “everything” including that unfortunate prank.

However, over the years, Seymour has also been clear about how much her co-star, who was more than twice her age, always made sure she felt comfortable and safe while filming, and looked out for her when they were off-set.

She said: “Roger was fantastic to me. When I was in New Orleans or in Jamaica, he made sure every night that I was OK and safe, checked to see whom I was with, he’d include me in any social thing that happened.”

The movie was a huge hit on release and remains the most-watched film ever broadcast on UK television. When Live and Let Die was shown on ITV on January 20, 1980, it pulled in twenty-three and a half million viewers.

Even Connery, himself, was lavish in his praise, calling Moore “an ideal Bond.” The two actors became great friends, often lunching together, and they even met privately to decide who would make which film in that infamous Battle of the Bonds. While the press and producers chased headlines about the bitter rivalry, they privately enjoyed the nonsense of it all – and counted the millions each was able to negotiate all the way to the bank.