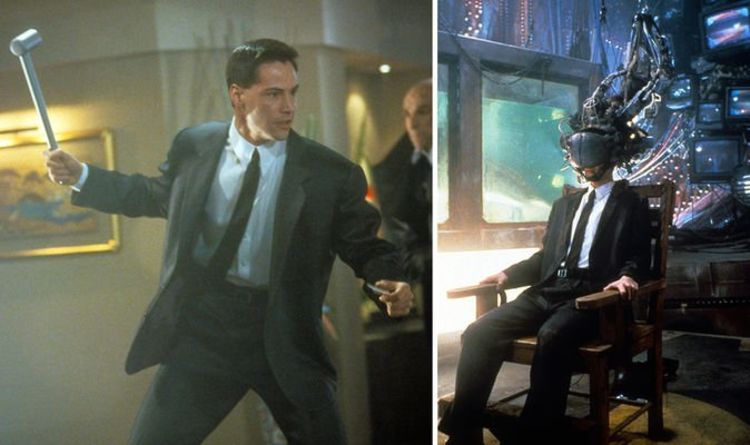 Before starring in The Matrix, Keanu Reeves played Johnny Mnemonic in a cyberpunk action thriller of the same name set in 2021. Based on William Gibson’s short story, the title lead has a cybernetic brain implant to store information of nearly 80GB. Around what the average iPhone storage is today, the movie did at least predict cybersecurity struggles in our internet age, the use of VR and even deep fakes.

In the critically-panned movie, it’s Johnny Mnemonic’s job to transport data via the hard drive in his brain, however, he takes on a client needing space for 320 GB.

As a result, it’s a race against time to deliver and download the data before he dies within days.

Not only this, but the data in question may house the cure to a disease called Nerve Attenuation Syndrome which causes “the black shakes” due to overexposure to electromagnetic radiation from modern technology.

It’s not coronavirus, but remarkably NAS is presented as a pandemic affecting the world’s population in 2021.

READ MORE: Movies set in 2020: What A Quiet Place and Reign of Fire predicted

This sci-fi rom-com set in March 2021 sees the Earth faced with just three weeks before total annihilation by an unstoppable asteroid.

Steve Carell’s Dodge Petersen seeks a friend for the End of the World in Keira Knightley’s Penny Lockhart. Fingers crossed we won’t be facing this as we come out of the pandemic.

Joaquin Phoenix and Claire Danes star in a 2021 set sci-fi romance featuring multiple clones and an Earth devastated by climate change. In reality, global warming continues to be an issue as we enter this year, but hopefully, we’re still a long way from legal human cloning.

Meanwhile, movies set in 2020 included A Quiet Place, which gets a sequel this year.

Nevertheless, NASA has aimed to land humans there by 2033, although an independent report concluded there were no chances of that happening. But maybe Elon Musk will find a way?

While Blade Runner also predicted robots called replicants, who are indistinguishable from humans, living among us.

We may not be there yet with AI, but robotics continue to advance, with facial and vocal reconstructions getting better and better, making it harder to recognise the difference between the real deal and the created.