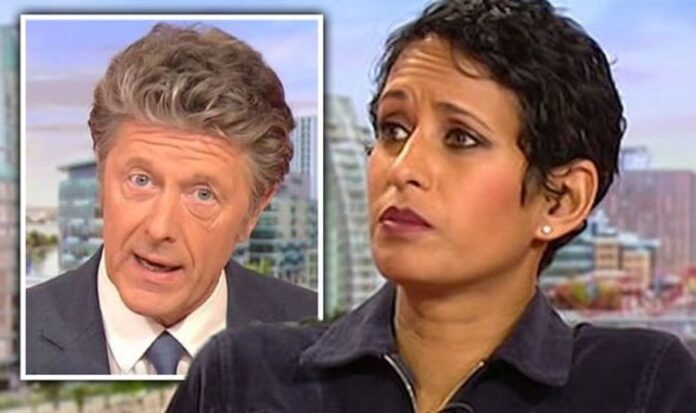 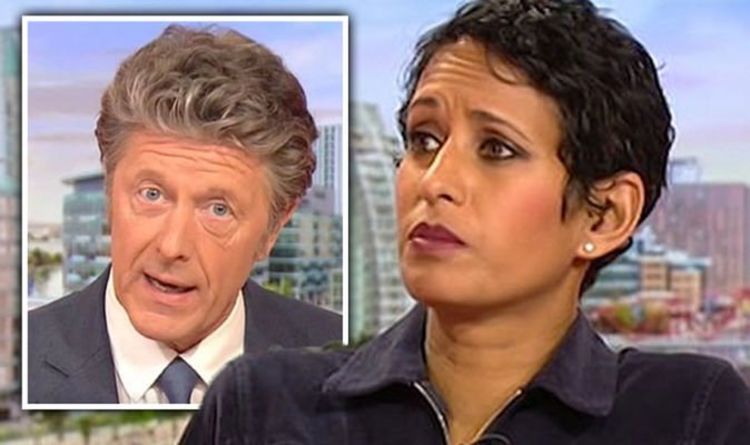 Naga’s BBC colleague Huw Edwards has since rushed to defend the 46-year-old following the criticism she has faced online.

The Welsh BBC News journalist took to Twitter to issue a humorous jibe at the incident while joking that he will now be presenting the programme in front of the Flag of Wales in light of the debate.

However, his post has now been deleted “by order”, Huw has since claimed.

Huw initially shared a photo of himself, which he had edited so it seemed like he was hosting the news with the flag’s famous red dragon behind him.

He penned alongside the parody snap: “Flags are now mandatory — very pleased with my new backdrop for @BBCNews at Ten.”