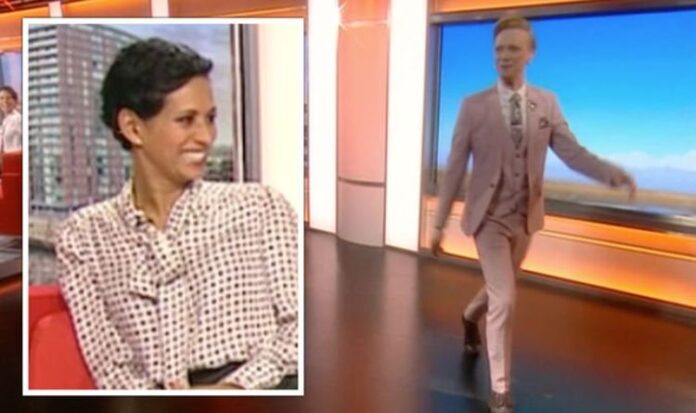 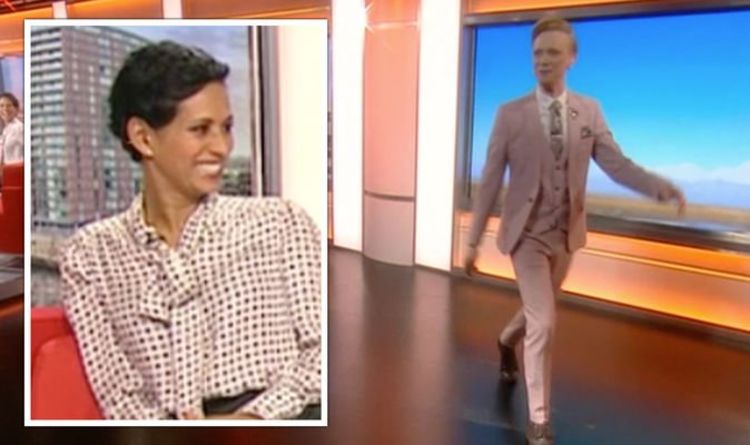 “Yes, it’s good to know,” Owain said, as the presenter was looking straight at him

“I feel slightly awkward in the middle I must say,” added Naga, laughing.

The three kept having a blast together throughout the rest of the show, with Owain commenting on the windy conditions of the past few days saying: “I nearly lost my wig,” to which Naga commented: “Now that would be so traumatic. Can you imagine?”

Owain reassured everyone: “It’s not a wig by the way, but you know what, there is so much hairspray it’s almost completely synthetic,” which prompted Naga to comment: “You say that, but I have seen it jiggle.”

BBC Breakfast airs weekly at 6am on BBC One.