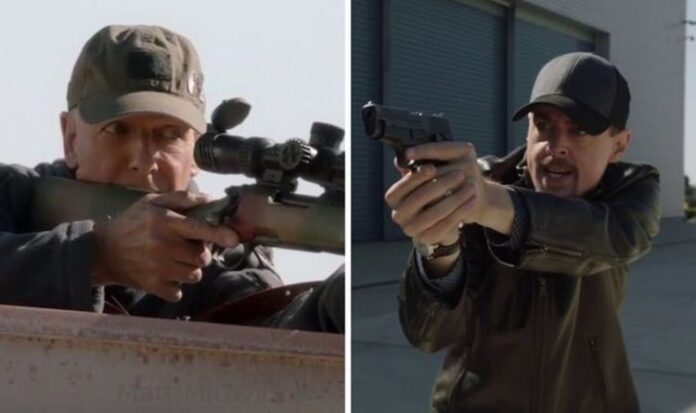 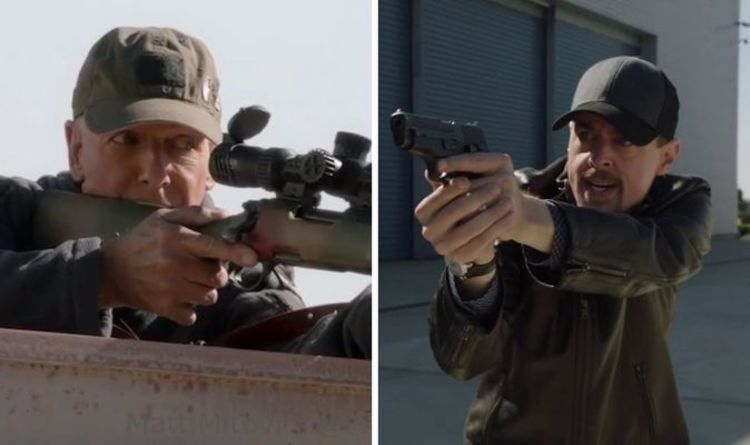 Gibbs was forced to shoot his teammate when he realised McGee’s comms were down, but took care not to land any fatal shots as the team feared for Ellie Bishop’s (Emily Wickersham) safety.

Thankfully, she managed to escape, but Gibb’s hasty plan has caused a stir from fans who were surprised by McGee’s determination to continue the mission.

On Twitter, one fan said: “I think we aren’t talking about the fact that McGee got shot and still got up again to get to the plane so he could save Ellie.”

Gibbs initially shot at the ground as a warning shot, but McGee was still determined to save his friend.