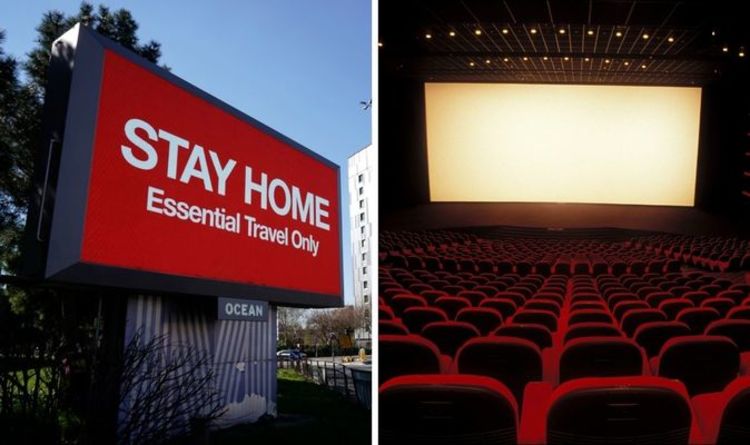 New lockdown rules were announced by Prime Minister Boris Johnson on Halloween, which may have seemed pretty apt for some people given the harsh reality we face. However, there are fewer restrictions than the first lockdown, so many will be wondering what they can and can’t do. One of these questions leads people to think about entertainment, and whether cinemas will yet again close their doors.

Will cinemas close again in the new lockdown rules?

Cinemas will be closing again when the new lockdown starts on November 5.

The official government guidelines read: “To reduce social contact, the Government has ordered certain businesses and venues to close. These include…

Sadly there were many other businesses which have been told to close from November 5, which includes clothing stores, gyms and leisure centres, hair and beauty salons and golf courses.

As well as these, restaurants and bars will also close, except for takeaway and delivery.

While cinemas will be closed, as well as theatres, museums and concert halls, Culture Minister Oliver Dowden revealed TV and movie production can continue.

He tweeted: “As the Prime Minister has just confirmed we will be taking additional restrictions from Thursday.

“We understand the anxiety and impact these will have, and will ensure they last not a day longer than necessary.

“The changes mean people should WFH [work from home] where possible.

“But where this is not possible, travel to a place of work will be permitted – e.g. this includes (but not exhaustive) elite sport played behind closed doors, film and tv production, telecoms workers.

“We understand people will have a lot of questions and DCMS officials & ministers will be working through these and detailed implications with sectors over the coming days.”

As a result, while we may not be able to go out for cinema enjoyment, it seems the Department for Digital, Culture, Media and Sport is aiming to keep entertainment creation going throughout the lockdown.

After the announcement took place Philippa Childs, the head of creative arts union BECTU, tweeted: “Tonight’s announcements will have caused more anxiety for those in the creative industries not least those who have already been many months without financial support but also those who were laid off or made redundant prematurely.

“Government must do more to support the arts.”

Some regional and independent cinemas have only just reopened, so this will likely be a major blow for small cinemas.

However, the Cineworld Group, which includes Cineworld, Picturehouse and Regal Cinemas, have proven to be ahead of the curve after they announced the closure of their cinemas in October.

Freddie Mercury was ‘inconsolable’ when he lost his hero ‘Nobody can...