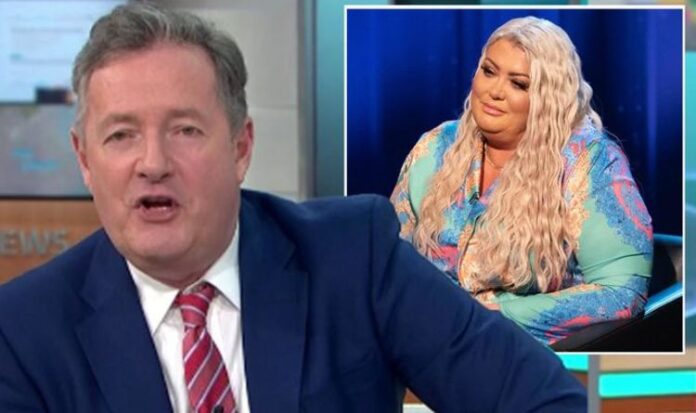 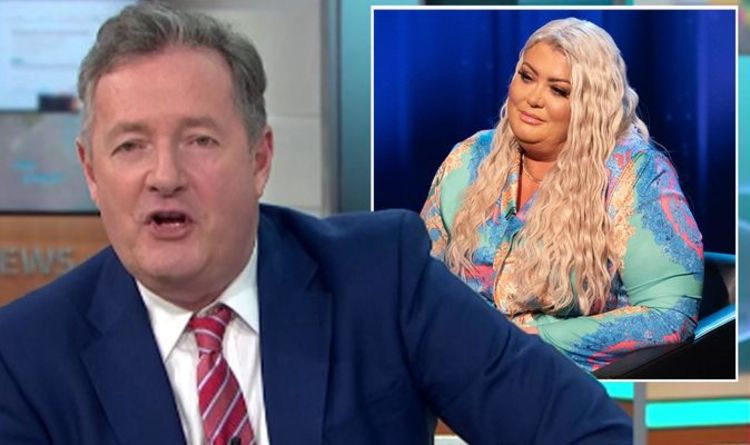 For the latest episode of Piers Morgan Life Stories, the Good Morning Britain host sat down with Gemma Collins, who shot to fame after appearances in The Only Way is Essex. The reality star opened up about the abuse and death threats she has received online, breaking down in tears as she recalled being called a “fat cow” in front of her mother.

Speaking to Katie Price on Good Morning Britain about the online abuse her son Harvey has received, Piers spoke about his chat with Gemma.

“I interviewed Gemma Collins, another reality TV for Life Stories, which goes out tomorrow night and she talked about the affect it had on her. It got very emotional,” the controversial host explained.

In the clip from Life Stories, Piers said: “We’ve found some of these messages, ‘please leave TOWIE and die, you hurt my eyes when you come on TV, please just die you waste of oxygen, you’re just a fat attention-seeing B’ and so on.

READ MORE: Vikings season 6 part 2: Why did Alfred stop the battle against Ivar?

“Look at you stuffing your face.’ Again, I’m used to it but I didn’t want my mum to hear it.”

Gemma broke down in the interview with Piers, telling the host: “You don’t forget it but that’s the downside of fame.

“I’m a lot more comfortable now in my own skin.”

It’s not the first time Piers has spoken about his interview with Gemma, hitting out at online trolls earlier in the week.

On Monday, he told co-host Susanna Reid: “Whether you do or not nobody should have to put up with people on Twitter spewing the kind of death threats and vile abuse they have been spewing at Gemma Collins and the moment I confirmed it, the moment I announced it, the moment it started.

“What?” Susanna replied as Piers confirmed: “Literally, yes. I was reading the stuff.

“It’s more than what is wrong with people, it is a malevolent thing in our society now.

“And there is no regulation. If a newspaper did that or if we did that today – if we spent the next five minutes wishing people dead – we would be taken off air.

“These morons abuse these footballers, even Captain Tom – even Captain Tom got it! – and, yes, maybe more divisive figures like Gemma Collins alright, a more divisive, polarising figure but she shouldn’t have to have people wishing her dead on a public platform with no repercussions for people that do that.”

Good Morning Britain airs weekdays on ITV at 6am while Piers Morgan’s Life Stories airs Thursday on ITV at 9pm.