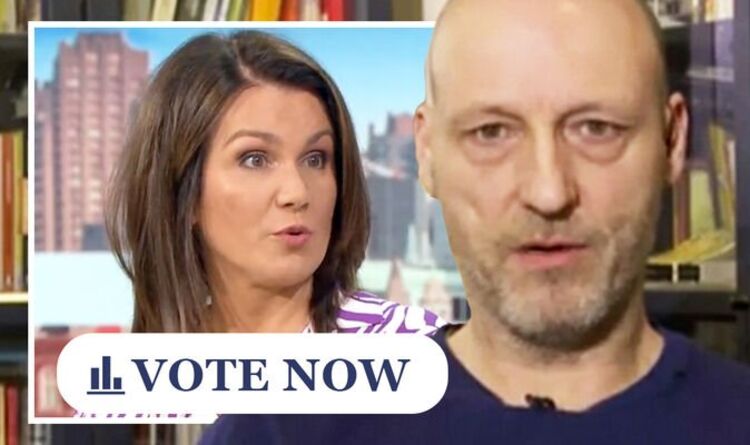 What do you think of the ban? Vote in our poll below and leave your comments below this article.

During the debate, Susanna asked the lecturer: “If it is a crime to hit your husband, your wife or your partner, how is it ever justified to hit your child?”

Stuart replied: “I think that is a very curious argument that you think about children and adults in the same way.

Interrupting, Susanna hit back: “I think smacking either your wife or your child I would think there is something wrong!”

The lecturer fumed: “Well, if you can’t make a distinction between a loving parent that is trying to discipline their children and a brute who is beating up his wife, then I think the problem is yours.”

From next month it will be illegal to smack your child in Wales with parents potentially ending up with a criminal record if they are reported to the police.

Scotland introduced a similar ban back in 2019 but it remains legal to smack your child as a form of “reasonable punishment” in England, Wales and Northern Wales.

She argued that “smacking has a negative impact on mental health” and a ban would help to “educate” parents.

Rebecca said: “It is not that long ago that we criminalised domestic violence in the 70s, there was that awful phrase of ‘Rule of thumb’, and that was how long the stick could be for men to hit their wives.

POLL: Do you ever think it’s right to smack a child? Fierce GMB debate erupts