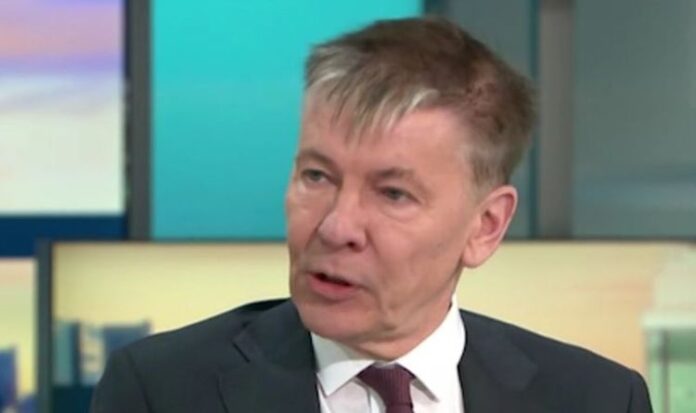 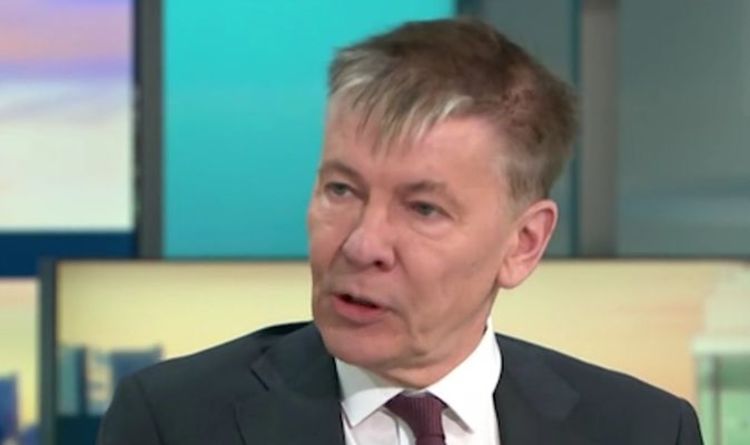 Commentator Andrew Pierce noted that writer Gyles Brandreth was aware of Prince Philip’s feelings towards Prince Harry and Meghan Markle’s interview. While speaking on Good Morning Britain (GMB) Mr Pierce insisted Prince Philip was not hostile towards the couple. He claimed Prince Philip thought Prince Harry was a good man and was fine with his decision to step down as a senior royal.

According to Mr Brandreth, Prince Philip was hopeful the pair would talk about other important issues due to their platform.

Mr Pierce said: “You would think Prince Philip would be raging about this interview.

“But Gyles Brandreth has known Prince Philip for 40 years, they worked together in the playing fields association.

“He wrote a fantastic book about Prince Philip and the Queen’s marriage and he had great access to them.

“He said Prince Philip was okay about Prince Harry going away, he has got to lead his own life.”

Mr Pierce explained how Prince Philip felt about the interview between Meghan, Harry and Oprah.

He said: “Prince Philip said he was a good man and of the interview what he said was, I don’t think they should be talking about themselves all the time.

Due to being pregnant, Meghan Markle will not be joining her husband as she was reported not have been given the green light from her doctors to travel.

Tensions have been high between Prince Harry and the Royal Family, especially brother Prince William, following his interview with Oprah Winfrey.

However, the Dukes are expected to put aside their differences and walk side by side during the funeral.