Plenty of exciting stuff is happening this month, with a new event, patch and finally, the Rocket League free to play update scheduled to go live. The first phase of this plan is happening later today, meaning Rocket League gamers will need to be ready to download a new patch. A week later, and the free-to-play version of Rocket League will be going live across PS4, Xbox One, PC and Nintendo Switch.

Today’s Rocket League update is dealing with other stuff connected to the free-to-play launch, but it should be noted that the game will not be available to play for free until September 23, 2020.

WHAT TIME IS THE ROCKET LEAGUE UPDATE GOING LIVE?

Developers Psyonix has confirmed that the next Rocket League update will be going live today, September 16, 2020, across all platforms.

And the good news is we know exactly when to expect the new patch to arrive on PS4, Xbox One, PC and Nintendo Switch.

Psyonix has confirmed the Rocket League update time for 5pm BST, or 9am PT, if you live in the United States.

A message from the development team explains: “The wait for Rocket League’s free to play launch is nearly over.

“Get ready to take your shot on September 23 at 8 a.m. PDT (3 p.m. UTC). To celebrate, we’re also throwing an in-game event, Llama-Rama, soon after launch (more details next week).

“In preparation for the release and event, an update will be live on all platforms tomorrow at 9 a.m. PDT (4 p.m. UTC) that will lay the groundwork to get everyone ready for September 23.

“There’s a lot coming with both tomorrow’s update and the free to play launch, so make sure you’re ready for both.”

As mentioned above, today’s update will not make Rocket League free-to-play on any platform.

Here’s what is changing with the release of this week’s Rocket League patch, as confirmed by Psyonix:

You’ll be able to link your platforms to your Epic Games Account starting tomorrow for existing players!

For those who already own Rocket League and are eligible for Legacy Status, the items that were revealed in July (Golden Cosmos Boost, “Est. 20XX” Title, Huntress Player Banner, Rocket League-branded DLC, etc.) will hit your inventories with tomorrow’s update.

In addition to joining the Epic Games Store, Rocket League will also be joining Epic’s Support-A-Creator program. You can choose to support a Creator of your choice in-game by entering the Creator’s code in the Item Shop, beginning tomorrow with the game update.

For Rocket League, accepted Creators will earn 5% of Credits spent while using their Creator Code. Codes for Creators currently in the program will work in Rocket League starting tomorrow. There are many of your favourite Rocket League creators already part of the system, and more will be added in the near future. If you’re interested in becoming a Creator, go to the Epic Support-A-Creator page for more information.

OTHER THINGS IN TODAY’S UPDATE: 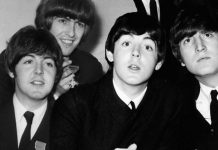 Back to the Future Part III plot holes: Doc Brown should...

Freddie Mercury: ‘David Bowie’s an a**hole’ but clash was NOT about... 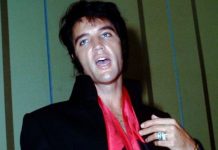 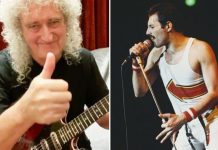 Freddie Mercury’s ‘UNFORGETTABLE’ The Show Must Go On recording: Brian May... 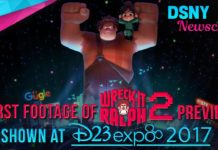