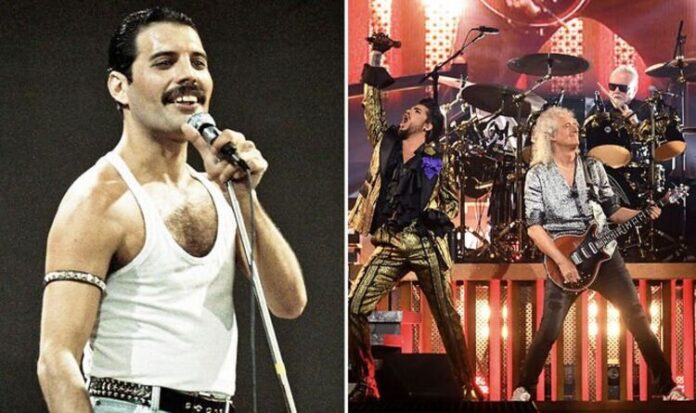 On touring with Queen, Adam said: “It’s the most brilliant, symbiotic relationship you could dream of because one might say, ‘Oh, well, Adam, if it weren’t for you, they wouldn’t be doing these venues with these countries’, but it’s the same for me. If it weren’t for them, I wouldn’t be playing arenas all around the world, either. I felt more so a sense of… magic.  It was cool that they’re back doing this again. What meant a lot to me about going back to some of these famous venues that Queen has stamped their mark on, was seeing Brian and Roger being nostalgic about it. That meant a lot to me. That was really cool to be a part of those moments of them recalling the first time they were there and what it was like, and knowing also that there were members of the audience that were probably there the first time too.”