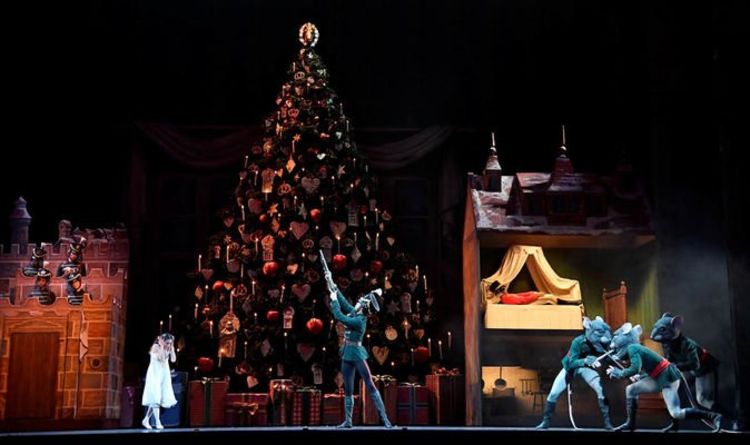 It’s proof the arts are vital for the country’s health, wealth and future, believes company director Kevin O’Hare, who praised the public for supporting and defending the country’s cultural heritage this year. “We are world leaders in every aspect of the arts. It’s something to be so proud and positive about as a nation, now more than ever. There is so much to celebrate,” he says. “The obvious importance to the economy aside, the arts are good for mental health, for the soul. It lifts us all up.”

The Royal Opera House was “hugely grateful” for a £21.7million loan from the government Cultural Recovery Fund last week but warned “restructuring, redundancy and extensive fundraising” still lie ahead.

“I’d say to the politicians: Keep supporting us as much as you possibly can,” Kevin adds. “There is so much need in every part of society.

“I received a letter from an ex-rugby player, who knew nothing about ballet before February. He told me that discovering us online had kept him sane this year.

“He watched everything. How amazing is that?” Before the pandemic, the culture sector contributed more than £32billion annually to the economy.

With theatres locked down this year, Kevin says streaming live and archive shows has been a “game-changer”.

More than nine million people watched Royal Opera House productions streamed during lockdown and this Christmas is the first time the company will release its new Nutcracker online.

Ballet is more popular than ever and when a government-backed campaign in October used an image of a ballerina to urge people working in the arts to retrain in other sectors, the public outcry forced a swift retraction.

“We were shocked,” Kevin says. “It felt like they were saying, ‘Oh well, the arts don’t matter”. They apologised and hopefully will learn from it, but the general public’s support was amazing.

“They understand it has importance, that it makes everybody feel better in their lives. They have also become so knowledgeable. Shows like Strictly have shown what it takes to be perfect. We used to get jokes like, ‘Oh, what do you do during the day?’ but now the public completely understand.

“There is such a hunger for it. They want the arts back and we will do everything we can to make it happen.”

Starting, of course, with the challenge of creating a Covid-safe Nutcracker that still incorporates lavish sets, costumes and choreography.

Kevin says: “It’s been forensic, examining every scene to prevent spreading the virus. Every costume and wig is being looked at – earrings are banned.

“People can only touch in their bubbles so we’ve rechoreographed the snowflakes scene and the Waltz of the Flowers.

“For the battle with the Mouse King, it’s impossible now to have 40 or 50 children rehearsing and performing.

“Will Tuckett choreographed a totally new version with the adult dancers. This situation has created something fresh for us to perform. Everybody is so excited.”

The company is also breaking more new ground with the 2018 production of Nutcracker launching on Netflix at Christmas.

“I’m really thrilled about that,” Kevin grins. “It’s the first ballet on Netflix and, hopefully, just the start.

“We also have the 2020 All Star Gala on BBC4 and Don Quixote on YouTube, both on Christmas Day, with six more ballets debuting on Sky Arts over Christmas. Plus another Nutcracker currently showing in cinemas!” Kevin is looking forward to 2021, committed to spreading the love of dance to all ages and communities.

“We have school matinees, we do family days at the Royal Opera House and show people behind the curtains, bring out costumes and do sword-fighting demos.

“We got the people of Doncaster dancing on the streets for a lockdown video.

“Next year we want to get out into more towns, to show young people dance can be a career and promote diversity across the arts. Our dancers are also determined to come back better than ever.

“The line-up looks amazing through the spring and by the autumn it should be full-on spectacular.”

Royal Opera House: Nutcracker returns to the stage for Christmas