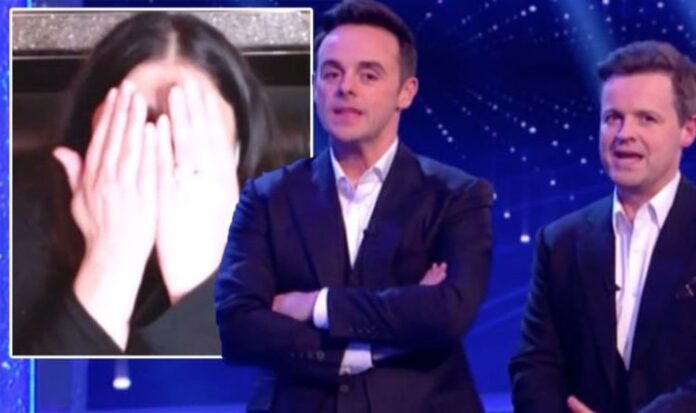 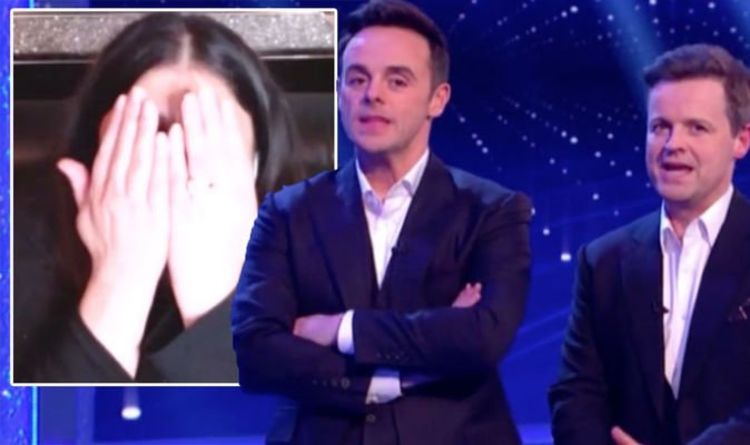 Every Saturday on Ant and Dec’s Saturday Night Takeaway, the ITV presenting pair give one lucky viewer at home the chance to – not just watch the ads – but win them. However, tonight’s episode took everyone by surprise when lucky audience member Nazeem tuning in from home decided she’d stick with the handful of prizes she’d won already, instead of risking everything to take all on offer.

“But, of course, you’ve got no idea which six prizes you have,” he continued. “And now, you have a decision to make.”

Ant then jumped in: “You’re going to decide whether to stay with the prizes you’ve or play for a chance to take all 16.

“We’ll ask you one final question, the wrong answer means you lose all those prizes.”

However, Dec then pointed out that this series is a little trickier because viewers at home don’t get a chance to see what Nazeem had already won.

“She’d see as well,” Dec pointed out. “We’re all in the same boat. None of us know which prizes are where.”

Turning to the virtual audience for their opinions on what they would do with six prizes in the bank, the answer was pretty unanimous.

The hundreds of fans on the Saturday Night Takeaway virtual audience made it clear they’d be up to play further.

“There’s a lot of thumbs up, I think that’s play,” Ant said.

After asking if she wanted to “stay or play”, Ant and Dec listened intently as Nazeem took her time.

However, eventually, she decided she wasn’t going to risk the prizes she’d already guaranteed herself – much to everyone’s surprise.

Instead, she took home six prizes out of 16, which included the likes of toothpaste, a year’s worth of Jaffa cakes, a £5,000 Moonpig voucher, and a holiday courtesy of Tui.

Despite the relatively impressive haul, a number of Saturday Night Takeaway viewers took to social media to voice their frustrations at playing it safe.

A third weighed in: “She’s going to stay?! I don’t think I’ve ever heard that before… I love how slowly they’re revealing the prizes to fill time! And still asking her the question anyway. #SaturdayNightTakeaway.”