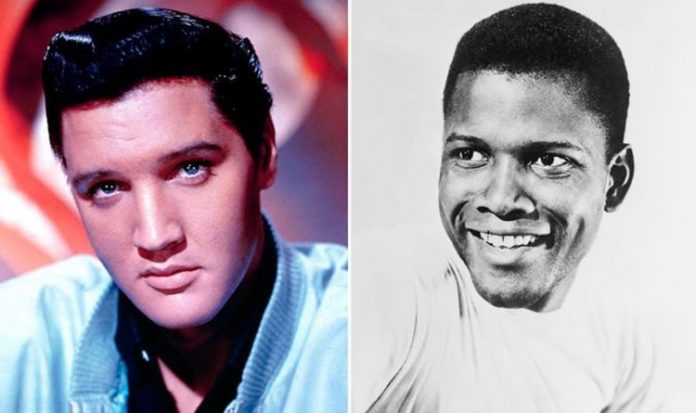 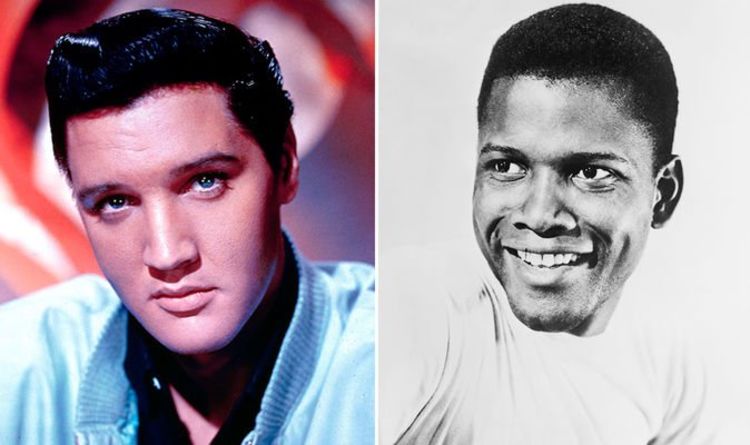 Sidney Poitier died today at 94 and was the first major black film star in Hollywood. In the 1950s black and white casts usually appeared in different movies for separate audiences, but one film was about to change all that – and Elvis Presley was desperate to be part of it. Back in 1958, the singer had already starred in his first three movies, Love Me Tender, Loving You and one of his most iconic films, Jailhouse Rock. The talented young man had been made The King of Rock and Roll by his manager Colonel Tom Parker and now he wanted to make his mark on Hollywood.

Poitier had grown up in The Bahamas and moved to New York City before getting his breakthrough role as a high school student in 1955’s Blackboard Jungle. But it was 1958’s The Defiant Ones that would shoot him to stardom, receiving the first-ever Best Actor Oscar nomination for a black star.

The Hollywood classic is an adventure drama of two escaped convicts, one white and one black, who are shackled together and have to cooperate to survive.

Now Elvis wanted the part of John ‘Joker’ Jackson opposite Poitier. The King was pretty progressive for someone growing up in the segregated South of the US. He loved the music he heard in Black churches and working with African-American artists, so he had no problem with starring opposite an actor of colour in such a big movie.

No doubt the singer would have found working on a film with a rising star like Poitier particularly exciting and the opportunity would have helped him on his journey to being in proper films, rather than just more trashy musical rom-coms. However, it was never meant to be since his ruthless manager Colonel Tom Parker blocked it.

It’s speculated that part of the reason was that Elvis had just played a convict in Jailhouse Rock. But there’s also the fact that Parker’s view was if the business model wasn’t broke, then there was nothing to fix.

Elvis starring in paint-by-numbers musicals with a soundtrack was profitable, but would actually cost The King opportunities of starring in movies nominated for Academy Awards.

In the end, Tony Curtis took the part of Joker and was nominated for Best Actor at the Oscars also, while the film itself had a nod for Best Picture. He also had insisted that Poitier receive the top billing over him on the poster and credits.

Sadly, this would be the reason Elvis missed out on a number of other opportunities to become a proper actor.

Barbra Streisand wanted Elvis to star opposite her in 1976’s A Star Is Born, the second remake of the classic musical.

The King was keen but Parker walked away from negotiations over top billing once again.

Elvis’ destroyed chances of revitalising his film career would only contribute to his unhappiness in his final days and abuse of prescription drugs in order to perform at concerts.

The star died on August 16, 1977, upstairs on the toilet in his Graceland bathroom.

Sidney Poitier dead: Elvis begged to co-star in film that could have won him an Oscar