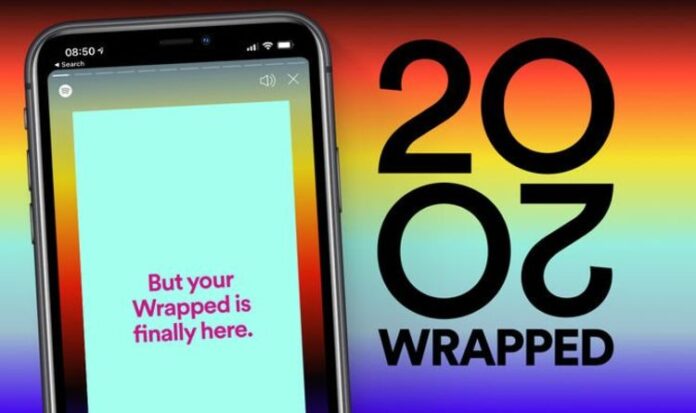 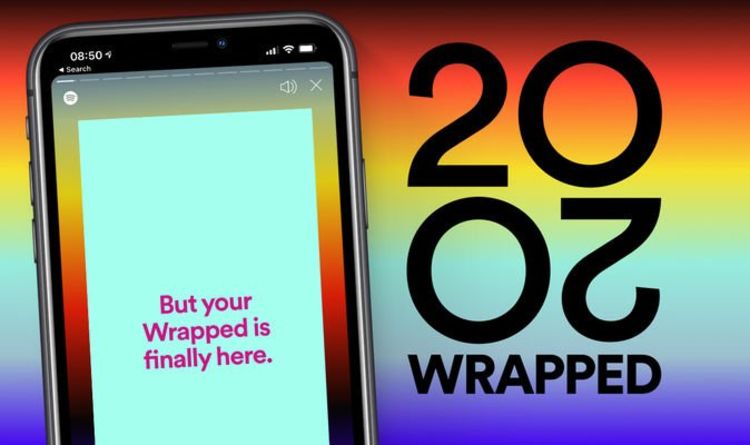 Spotify announced the most-played songs, artists, albums and podcasts globally and across the UK yesterday, and now, it’s your turn. Yes, the hugely-successful music streaming service has launched the personalised Wrapped 2020 experience in the Android, iOS, iPad and desktop app. This takes subscribers on a journey through their listening trends of the last year, from new artists they’ve uncovered, the nostalgic hits they revisited, favourite podcasts …and even the songs you’re not particularly proud of that got you through lockdown.

To find out your Spotify Wrapped 2020, launch the app on your smartphone or tablet app and tap on the Home tab. At the top of this page of recommended playlists, artists and more, there should be a banner for the Spotify Wrapped experience. Tap on that to revisit your personal tastes from the last 12 months. There’s also a dedicated Spotify Wrapped website for those who listen on desktop or on consoles.

As always, you’ll be able to share the most surprising statistics with friends in chat apps, like WhatsApp, or social media, like Twitter or Instagram Stories …something that some Spotify users have used as an opportunity to mock those on rival Apple Music, which doesn’t offer anywhere close to the same insight. As well as the statistics and trivia from your listening habits presented in Spotify Wrapped 2020, you’ll also find your most-played brought together in a single playlist.

This year has brought a number of changes to the Wrapped feature – first up, it marks the first time that Spotify has included interactive in-app quizzes to test users’ ability to identify their own top podcasts, artists, and even top decade you streamed most. Wrapped 2020 also offers more insight into podcast habits than ever before, with Spotify now revealing how many minutes users spent listening and the most binge-worthy podcast of the year.

Premium users can look forward to new badges that crown listeners with various titles based on the ways they listened. For example, if a number of your playlists gained significant new followers, you’ll be a Tastemaker. If you listened to a song before it was cool (aka hit 50,000 streams), you’ll get the Pioneer badge.

And based on the number of songs you added to playlists this year, you just might become a Collector. That adds more of a social element to the Wrapped 2020 experience.

New personalized playlists will help you make the most of what you listened to this year. These range from Your Top Songs, the songs you loved most this year in one convenient place, to Missed Hits, our Wrapped discovery playlist where we recommend popular similar 2020 releases you didn’t listen to that we think you might like. Plus, listeners in the UK and Ireland, Australia, United States, New Zealand, and Canada can dig deeper into some of your top artists of 2020 in On Record, a mixed-media experience that highlights your top 2020 artists.

As well as the personalised playlists, Spotify has confirmed some of the biggest trends seen from listeners worldwide. As you’d expect, 320 million Spotify listeners have turned to nostalgia-themed and work-from-home-themed playlists, which both saw a colossal spike over the last 12 months.

Podcast fans used the Spotify app to find shows about wellness, including Unlocking Us with Brené Brown and Get Sleepy: Sleep meditation and stories. Spotify also noted that more people created playlists from home, instead of on-the-move, this year. The last 12 months also saw a spike in the number of people streaming their music library from a games console.

When it comes to the biggest artists of the year, Bad Bunny has been named was the most-streamed artist of 2020. The Puerto Rican rapper clocked-up an eye-watering 8.3 billion streams from Spotify users. Following Bad Bunny is Drake (who is top in the UK) and the third most-streamed artist of the year is J Balvin, followed by the late rapper Juice WRLD and The Weeknd.

But while Bad Bunny is the most-streamed artist, the individual song that clocked-up the most streams goes to The Weeknd. The most-streamed song of 2020 both globally and in the UK was Blinding Lights by The Weeknd, racking up almost 1.6 billion streams this year. In the second and third spots respectively globally are Tones And I’s Dance Monkey and Roddy Ricch’s The Box. The fourth most-streamed song of the year is Roses – Imanbek Remix by Imanbek and SAINt JHN, followed by Dua Lipa’s Don’t Start Now.

The most-streamed album globally of 2020 is Bad Bunny’s YHLQMDLG with over 3.3 billion streams, followed by The Weeknd’s After Hours and Post Malone’s Hollywood’s Bleeding. Rounding out the list of top albums are Harry Styles’ Fine Line and Dua Lipa’s Future Nostalgia. However, for the UK, the most-streamed album is Lewis Capaldi’s Divinely Uninspired To A Hellish Extent. The year’s most popular Spotify editorial playlist is Today’s Top Hits, which has more than 27 million followers.

You can find the full breakdown of the most-streamed tracks, artists, podcasts and playlists of 2020 here.

Spotify Wrapped 2020 released: how to find your most-played songs, podcasts of the year

WhatsApp: How to recover deleted WhatsApp messages? Are they gone forever?