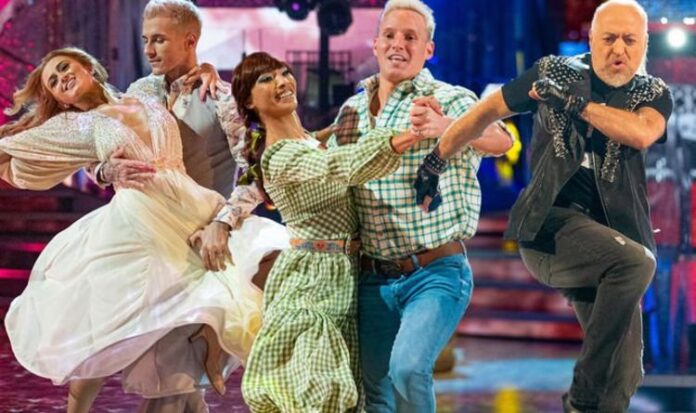 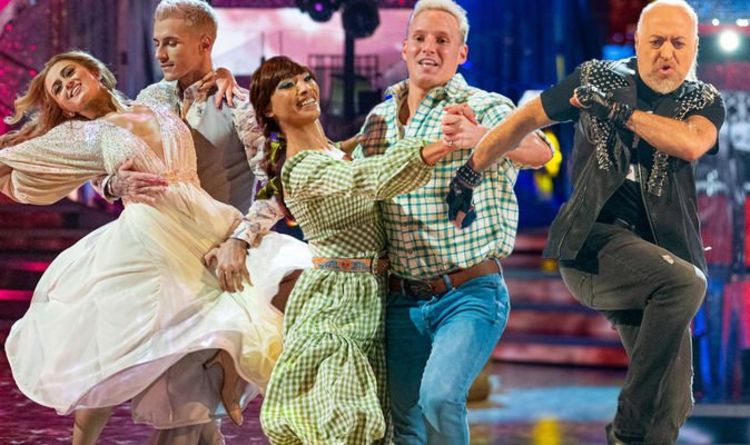 The four remaining celebrities have been working hard in training to ensure the Strictly Come Dancing final is the best it can be as the 2020 series comes to a close on Saturday night. Each celebrity will perform there routines, a judge’s pick, a show dance and their favourite dance of the series. However, after looking at the choices, fans have complained some have taken the “easy route” by selecting their Couple’s Choice routine.

Out of the final four remaining stars, Bill Bailey and Oti Mabuse, and Jamie Laing and Karen Hauer, will perform their Couple’s Choice routine again.

Bill and Oti received their highest score for their Street/Commercial dance to Rapper’s Delight by Sugarhill Gang, with 27 points.

This decision has not gone down well with fans who have claimed celebrities shouldn’t be able to perform their Couple’s Choice again.

Viewers have hit out at bosses demanding the final rules should be changed.

Taking to Twitter to complain, one viewer posted: “So two of the four couples in the #strictly final are doing their ‘couples choice’ as their favourite dance!

“So that’s like two show dances then, and only one dance where they need to demonstrate specific technique!”

Another added: “Oh come ON, Strictly – Couple’s Choice is a cop out and if we *must* have it, it should be a theme week with all couples doing it in the same week.

Ahead of the Strictly final, Bill remains the favourite to lift the Glitterball Trophy making it Oti’s second consecutive win.

He will be heading into the series finale as favourite with the bookies at odds of 8/11.

HRVY is likely to be his closest rival for the Glitterball Trophy at 7/4.

Elsewhere, Maisie Smith remains a 6/1 outsider, while Jamie Laing is way out at 50/1 to cause what would be the biggest upset in the show’s history.

Alex Apati of Ladbrokes said: “Maisie is the most popular pick with punters but Bill is the one to beat if the latest odds are anything to go by.”

Of course, fans of the show know just because Bill is the favourite to win, it doesn’t mean he will win.

On Saturday night, it will be down to the viewers to decide who they want to be this year’s champion.