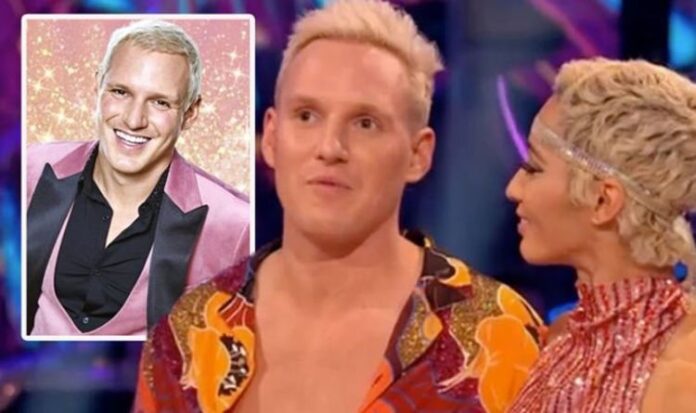 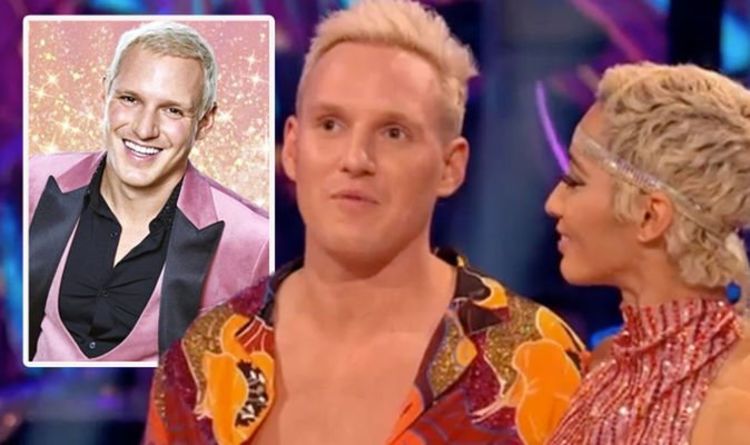 Jamie, 32, has become a favourite with Strictly Come Dancing viewers due to the energy he brings to his performances. The judges have commended the reality television star for his progress, with him and professional dancer Karen Hauer, 38, climbing up the leaderboard week-on-week. However, on Sunday night and despite not being at the bottom of the scoreboard, the couple were saved from elimination for the fourth time this season. With Ranvir, 43, being one of the favourites to win, BBC viewers were left outraged and took to social media to brand the result a “fix”.

The reaction came as two of the three judges decided to save Jamie over Ranvir when the pair performed their strongest routine from the semi-final.

Craig Revel Horwood, 55, said of his decision: “Well one, of course, did an explosive fabulous Salsa, the other couple did a dreamy delicious, gorgeous waltz.

“I think both couples couldn’t have danced those dances better than they did tonight, it was incredible and I want to see both of you in the final. I’d like to save Jamie and Karen.”

Most Mabuse, 39, opted to save the Good Morning Britain presenter as she added: “Well this was really one tough decision, we had two beautiful dances, two beautiful human beings and I will save Ranvir and Giovanni.”

It was down to head judge Shirley Ballas, 60, to cast the deciding vote and she explained: “Well again, this is very difficult because I’ve grown to love both couples. I’m getting quite emotional now.”

“Musicality, determination, conviction from both teams, they just gave their all, the head judge continued.

“But I just feel that one couple had a little more determination, a little bit more ‘I’m not leaving without that trophy’ and with that in mind I’m saving Jamie and Karen,” Shirley declared.

Having been saved for a fourth time, one viewer wrote on Twitter: “No surprise that Shirley saved Jamie. Ranvir should have gone through #fix #Strictly.”

Another added: “Complete fix. Jamie has been saved by the judges how many times. Clearly their favourite. Exactly why I stopped watching and will not watch for a long time again #Strictly.”

Whilst a third remarked: “So Ranvir scored two more than Jamie in their dance-off dance yet still goes. Fix and farce #Strictly.”

“Shocked at the #StrictlyComeDancing result tonight! #RanvirAndGiovanni were better than Jamie and Karen!! #Strictly,” a fourth commented.

However, not everyone was opposed to the reality star staying in the competition as a fifth shared: “Glad Jamie is through as he is my favourite. Shame Giovanni is out though! #Strictly #StrictlyComeDancing.”

A sixth posted: “Closest dance-off ever but so happy Jamie got through #Strictly,” with a seventh opining: “I hate Made in Chelsea, and I actually thought Jamie might be c**p. But fair play to him, he’s worked hard and deserves his place in the final. #Strictly.”

The first time Jamie and Karen were in the bottom two was during week one of the competition when they went up against Anton du Beke, 54, and former Home Secretary Jacqui Smith, 58.

Luckily, the next couple of weeks saw the pair avoid the dreaded dance-off as they managed to keep viewers entertained.

Unfortunately, during week six of the contest, they went up against BBC Radio 1 presenter Clara Amfo, 36, and Aljaz Skorjanec, 30.

Once again, they did enough the second time around to impress the panel and secure their place in the next stage of the competition.

Last weekend, the couple were in the bottom two for the third time and they were battling against former Royal Marine JJ Chalmers, 33, and his partner Amy Dowden, 30.

The judges decided the latter pair were to be sent home, giving Jamie and Karen a pass to perform in the semi-final.

Following their fourth fight for survival in the competition, they have now seen the back of Ranvir and Giovanni Pernice, 30.

Going into the semi-final, the Made in Chelsea star was the favourite to be eliminated but once more, he has defied the odds.

Strictly Come Dancing concludes Saturday at 6pm on BBC One.