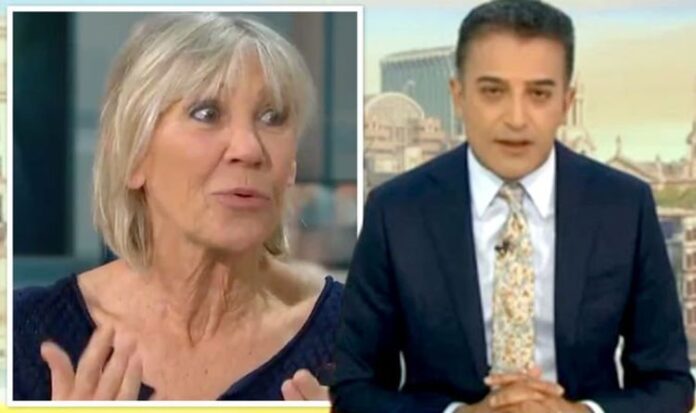 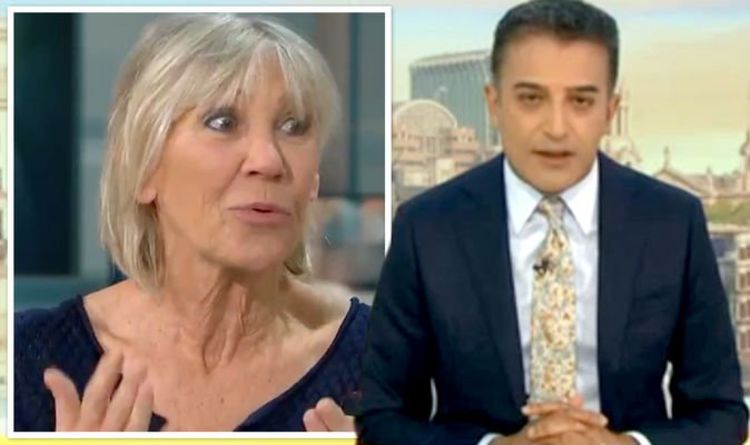 Good Morning Britain discussed the new rules on hugging as the Government lifts its restrictions on social contact meaning many are now allowed to embrace each other once more. Presenters Ingrid Tarrant and PR expert Nick Ede were invited on to share their thoughts with Ms Tarrant stating everyone “deserves a hug” considering the stress and trauma many have been through. But Adil Ray was not convinced and did not agree with Ms Tarrant, branding her calls for more social contact “irresponsible” even more so considering she is unvaccinated in light of the new coronavirus variants which have caused havoc for the northeast.

Ms Tarrant appeared on Good Morning Britain and revealed she had continued hugging people despite social contact being limited throughout the pandemic.

She told the show: “I have the hug bug, I’ve had it all my life, and I hug people I don’t even know and I even hugged a traffic warden who said ‘steady on’.

“I am very tactile and I think it is very primal as it is the first thing we do.”

But host Susanna Reid quickly pointed out to Ms Tarrant that while there may be a social issue with hugging it is more important to not hug during the pandemic.

She then asked if Ms Tarrant had been hugging during the pandemic to which she sheepishly said she did.

Ms Tarrant continued: “But I have asked and I haven’t stolen a hug, I just ask if it is ok to hug.

“Every so often people need a hug and it is reassuring – I think you need to weigh up the pros and cons.

“It is the lesser of two evils sometimes, some people suffer from depression and all they need is a hug… and just be sensible.”

But an angry Adil Ray asked whether Ms Tarrant would tell people she has not had the vaccine ahead of giving someone a hug – to which she said she would not.

Mr Ray branded her “irresponsible” and said people would feel “terrible” knowing they had passed the virus onto someone else through a hug.

Ms Tarrant conceded and said she should probably let people know in the future.

Nick Ede who was also on the panel disagreed with Ms Tarrant stating it was people’s responsibility to limit their hugs.

He said: “We need to think of people around us, I have had one vaccine and I have another to come and my partner is 15 years younger than me.

“They haven’t had their vaccine and where I live in E1 there is quite a high percentage of the new Covid variant.

“So I would rather not hug anyone and wait until I am vaccinated and he is and the Covid variant goes down than have on my conscience and in my heart that I have spread [Covid] in many different ways.