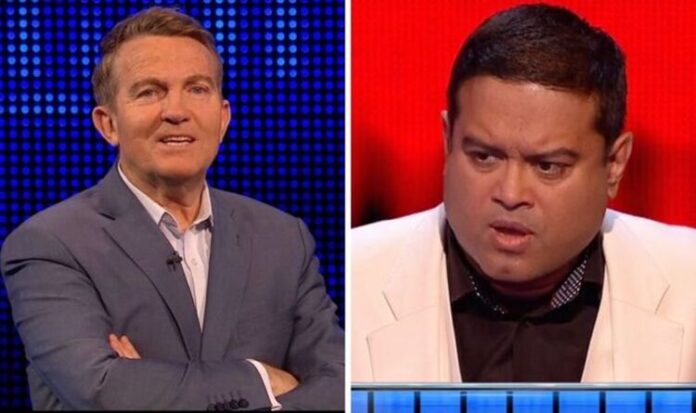 Fans of The Chase enjoy new episodes of the staple ITV quiz show on weekday nights, but sadly the same can’t be said for Sunday evenings. Several viewers were left frustrated this weekend when Bradley Walsh welcomed a group of Emmerdale stars and took to Twitter when they realised the episode had already aired several times before.

A number of viewers all had the same complaint when they tuned into Sunday night’s celebrity edition of The Chase.

Four Emmerdale cast members originally took on Paul Sinha in 2018 for a chance to win thousands of pounds for their favourite charity.

However, viewers quickly grew frustrated when they realised they had seen this particular celebrity special on more than one occasion.

Unfortunately, Charley was sent home when she failed to beat the Sinnerman during the second round.

Her teammates all made it through to the final round, though, racking up a £14,000 jackpot for their chosen charities.

Amy, Mark and Matthew went on to score an impressive 21 points, which Chaser Paul struggled to overcome.

However, the gripping final round came to an end when Paul managed to match their score with just one second left on the clock.

Even so, Bradley ensured the team weren’t going home empty-handed, and the celebrity guests were all given £1,000 to donate to a good cause.

Fans of the quiz show can expect another team of famous faces to take on the trivia masters soon, and there’ll be five more new episodes coming up in the week.