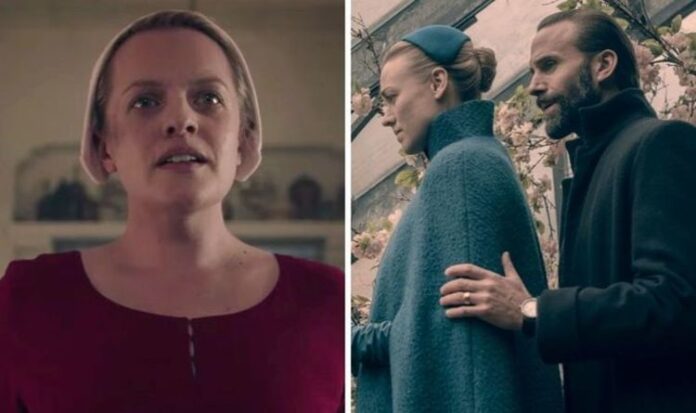 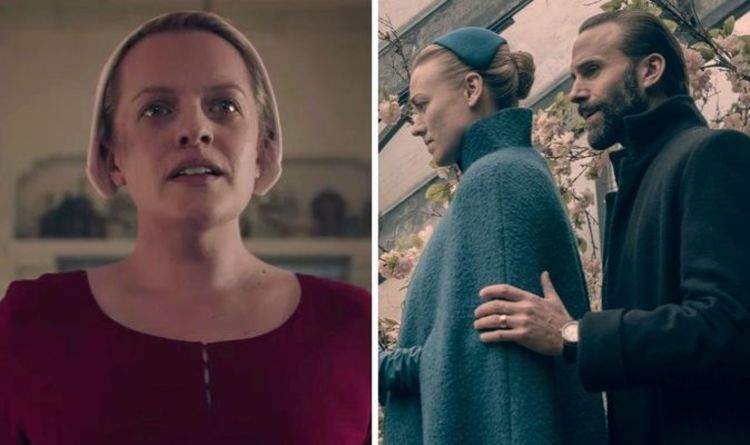 The latest trailer for Hulu’s timely dystopian drama has teased a dark fate for the series’ relentless protagonist, June Osborne (played by Elisabeth Moss). However, fans of The Handmaid’s Tale could be in for another shocking twist as a new theory has proposed the former Handmaid could be used as leverage for the freedom of her old captors, the Waterfords.

June Osborne could eventually be freed from the grips of Gilead in the upcoming fourth season of The Handmaid’s Tale.

Trailers and synopses for the next episodes have confirmed June will be imprisoned once again in episode three, ‘The Crossing’.

Once under lock and key, June will be subjected to a heartrending reunion with her captured daughter, Hannah (Jordana Blake).

However, the new footage has also confirmed Serena Joy (Yvonne Strahovski) and Fred Waterford (Joseph Fiennes) are walking free, despite their fate at the end of the third season.

Recent speculation has suggested their escape from Canadian authorities could be linked to June’s brief imprisonment in Gilead.

One fan took to Reddit to flesh out the theory after spotting some intriguing clues in the recent trailers.

User pinkroseginger posted: “Since the episode synopsis for the first three have been released, what if the Waterford’s are a trade for June?”

Although June caused significant trouble for the oppressive regime in the past, Gilead may have only taken her hostage in order to free two of its most prominent figureheads.

Having freed over 50 children over the border, Rita may attempt to convince the Canadian authorities that releasing the Waterfords in exchange for June’s freedom could eventually work in their favour.

The fan continued: “I highly doubt Rita will allow Canada to forget it was June who got those kids out.”

Referring to some recently released stills of the new season, they added: “Especially with some of the photos released of Rita speaking on a stage with a photo of June behind her.”

If these theories are on the right track, the Waterfords’ freedom could indirectly lead to some much needed comeuppance for June’s frequent persecutor, Serena Joy.

Under the rules of Gilead, her heavily rumoured pregnancy in season four would most likely lead to Serena Joy becoming a Handmaid herself.

Separating her from her newborn baby and subjecting her to the same misery she caused June in the Waterford household would certainly give Serena a taste of her own medicine.

Even so, nothing in The Handmaid’s Tale is ever predictable and, with a fifth season confirmed to be in the works, viewers should ready themselves for the next chapter in June’s story to be just as depressing as the last.

The Handmaid’s Tale season 4 theories: June freed from Gilead in trade off for Waterfords