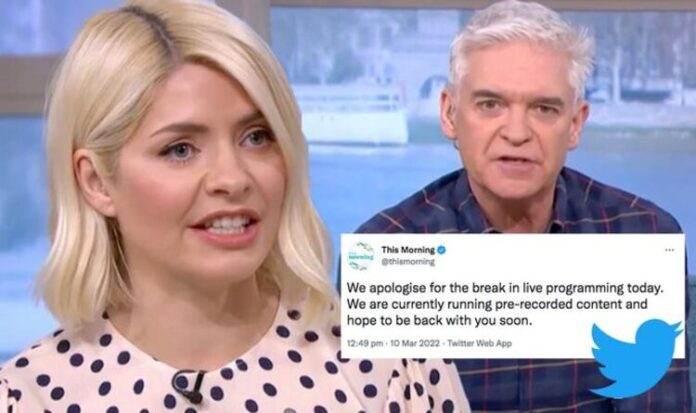 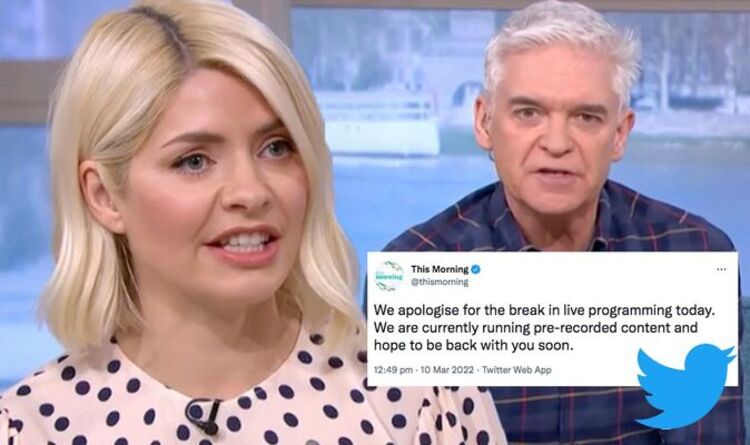 Thursday’s This Morning had been going without a hitch as Phillip Schofield and Holly Willoughby delivered the ITV show’s usual blend of topical conversations, competitions and star-studded interviews. However, when the show returned from an advert break as it approached the midday mark, Holly and Phillip’s live broadcast was replaced by a pre-recorded compilation of best bits.

It read: “We apologise for the break in live programming today. We are currently running pre-recorded content and hope to be back with you soon.”

Discussing the situation near Television Centre, a Met Police spokesperson said in a statement: “At 11:14hrs on Thursday, March 10, police were called to reports of a security alert at Wood Lane, White City.

“It was reported a suspicious item had been discovered.