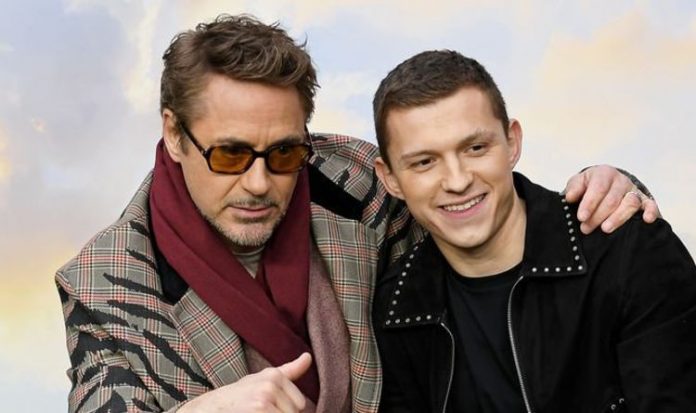 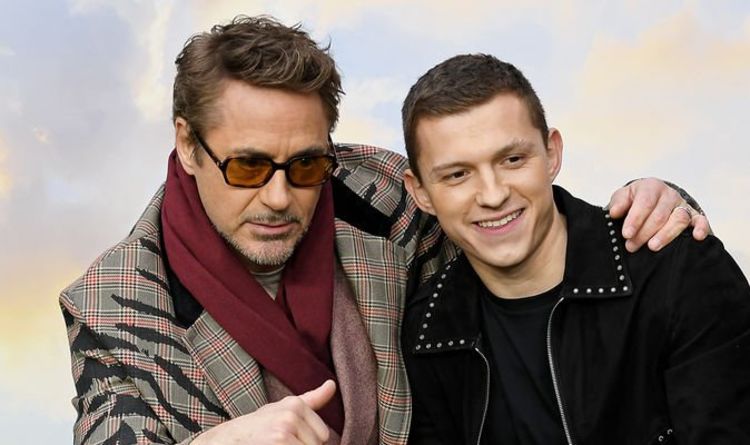 The Marvel Cinematic Universe started with Iron Man. Since then, a massive amount of heroes have been brought into the franchise, but none had a stronger connection with him than Spider-Man. Off-screen, Holland and Downey Jr also held a special friendship that has continued through the Tony Stark actor’s exit from the series.

Holland recently appeared on the YouTube show Hot Ones. During the episode, he was interviewed by Sean Evans while eating increasingly spicy hot wings.

The final question of the interview was on whether Holland had taken any souvenirs from his feature films, and what his favourite one was.

He responded: “My favourite souvenir was actually given to me. Well, it wasn’t given to me, it was given to my little brother, Paddy.

“When Black Panther was coming out Robert Downey Jr was doing Dr Doolittle in London. He was staying down the road from where I live, and he invited us to a screening of Black Panther at his house.

“And Paddy comes running into the room and he’s holding the original Iron Man helmet.”

Iron Man was released in 2008 and introduced not only Downey Jr to the superhero movie genre, but kickstarted the Marvel Cinematic Universe. After Iron Man, Iron Man 2 was released in 2010, before Thor, Captain America, and Avengers Assemble hit cinemas. The rest, as they say, is history. Holland revealed Downey Jr had given the original Iron Man helmet to him and his brother as a gift. He went on: “That’s a really special one for me because I was lucky enough to join the MCU, but I joined it very late. And that souvenir, that’s from the original film.”

The upcoming Marvel and Sony movie is rumoured to see the reintroduction of both Andrew Garfield and Tobey Maguire as their respective Spider-Men.

This reported cinematic event is due to kickstart the beginning of a live-action Spider-Verse.

Holland recently looked back on previous Spider-Man film franchises, where he revealed what he wishes his films were a little more like Maguire’s.

He said: “Tobey’s movies, I love the final battle between him and the Goblin. I think something that I really wish we had done with our movies is kind of the tattered suit stuff.

“You know how he always has the rips in his costumes and the rips on the mask? I really like that because it brought a kind of realism to the injuries that Spider-Man can get.”