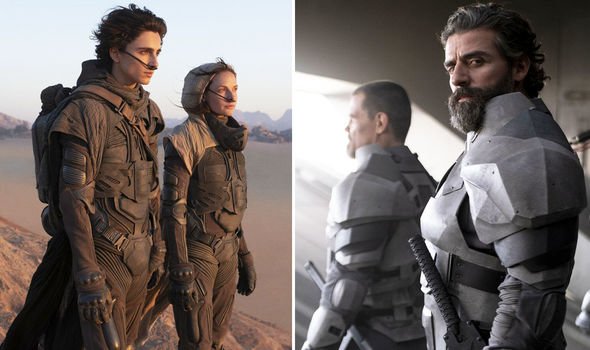 Over 30 years since the original outing and Tom Cruise is back for Top Gun 2, in which the aviator finds himself training the late Rooster’s son. Val Kilmer will also reprise Maverick’s rival Iceman in the action drama.

Shang-Chi and the Legend of the Ten Rings (July 9)

The fifth instalment in the Despicable Me franchise is its second prequel. Set in the 1970s, a young Gru hatches an evil plan to join supervillain group the Vicious 6.

LeBron James stars opposite Bugs Bunny in this Looney Tunes follow-up to the Michael Jordan cult classic. Trapped inside a digital space, LeBron must lead the cartoon characters to victory in a basketball championship.

Just like Pirates of the Caribbean, another one of Disneyland’s rides is getting its own film treatment. Set in the early 20th century, Dwayne Johnson stars as riverboat captain Frank, as he takes Emily Blunt’s scientist and her brother played by Jack Whitehall to find the Tree of Life.

Hamilton star and scribe Lin-Manuel Miranda sees his first musical In The Heights get a movie adaptation. Crazy Rich Asians’ Jon M Chu directs a tale set in the Washington Heights and focused on bodega owner Usnavi, who saves every penny in hope of a better life.

Dev Patel stars as King Arthur’s headstrong nephew Sir Gawain in an epic medieval fantasy from A24. The tale sees him embark on a quest to confront The Green Knight, a huge green-skinned creature.

Following on from 2016’s Suicide Squad, the DC sequel from James Gunn sees a whole host of rogues gallery convicts set out on another sentence-easing mission. On a South American island, the likes of Margot Robbie’s Harley Quinn and Idris Elba’s Bloodsport are tasked with destroying a Nazi-era prison and lab.

Samuel L Jackson and Ryan Reynolds return in a follow-up to 2017’s action-comedy The Hitman’s Bodyguard. But this time bodyguard Bryce has to assist assassin Kincaid by saving his wife Sonia, played by Salma Hayek.

A direct sequel to the 1992 supernatural slasher of the same name and penned this time by Get Out’s Jordan Peele, Yahya Abdul-Mateen II stars as visual artist Anthony McCoy. Kidnapped by the mysterious Candyman as a baby, he now sees the vengeful ghost’s reflection as his own.

Lord of the Rings director Peter Jackson helms a revisionist take on The Beatles’ Let It Be sessions footage. With access to 56 hours of unseen material, the filmmaker hopes to prove the Fab Four didn’t want to break-up.

Death On The Nile (September 17)

Having retconned every film in the slasher series other than the original 1978 original, the 2018 sequel of the same name is getting two follow-ups. Jamie Lee Curtis’ Laurie will face Michael Myers once again in Halloween Kills before 2022’s Halloween Ends.

The MCU’s third movie of the year sees an immortal alien race known as The Eternals, who have secretly lived on Earth for 7000 years, reunite to take on their evil counterparts The Deviants. Angelina Jolie, Richard Madden and Kumail Nanjiani lead the all-star cast.

Working title Mission: Impossible – Libra is the first half a two-film story from Tom Cruise’s Ethan Hunt. Christopher McQuarrie returns as director for the third time in the long-running spy franchise.

Will Smith stars as Richard Williams, the father and coach of tennis superstars Venus and Serena Williams. Perhaps this will finally win the Fresh Prince that Best Actor Oscar?

Ridley Scott directs Lady Gaga as Patrizia Reggiani, the ex-wife of Maurizio Gucci, who plotted to kill her husband played by Adam Driver. Jared Leto and Al Pacino are also rumoured for roles.

Real-life siblings Dakota and Elle Fanning play sisters struggling to survive in Nazi-occupied France during World War II. The Nightingale is based on the 2015 novel of the same name by Kristin Hannah.