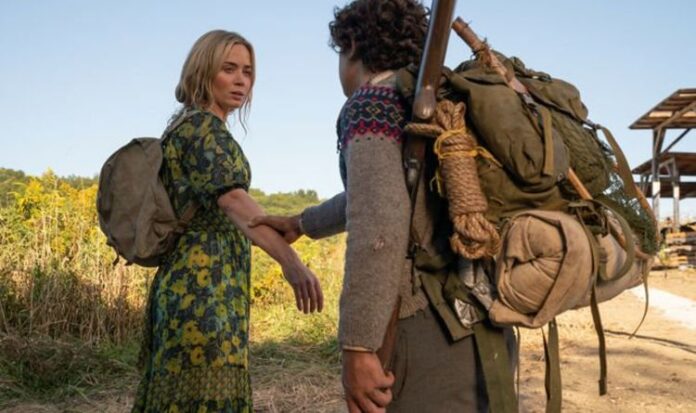 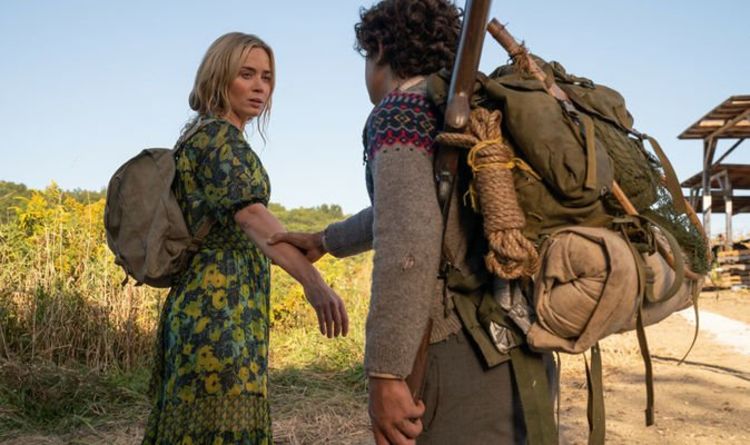 A Quiet Place has finally opened after various delays, postponements and even being brought forward. The actor-turned-director and writer John Krasinski focused mainly on the Abbott family for the second instalment, after his character died in the first. But will he make a third film?

Will there be a Quiet Place Part III?

While no third film has been confirmed, John has left some clues as to what could take place in a third film, as well as even planting in Easter eggs to connect the films.

He recently told The Hollywood Reporter: “So a lot of the things I had thought were interesting to think about on Part I ended up being in Part II.

“And then on Part II, I learned my lesson very quickly.

READ MORE:  In the Heights cast: Does Lin-Manuel Miranda make an appearance?

“Any time I had ideas like that, I wrote them down in case there ever is a Part III or a third one.

“So I would be able to reference some of these things if there is a Part III.

“And we even went so far as to put in a couple Easter eggs, so that if I did do a third one, they would connect back to the second one.”

As well as this, Emily Blunt, the star of A Quiet Place Part II and John’s wife, insisted there were already some things in the works.

She told Collider: “(John) has a whole arc of ideas that could work.

“I think he just wanted to see how people responded to this one before he fully engaged his brain on the third one. But he has a couple of great ideas.”

One of those ideas, it seems, has already been optioned by Paramount to be made into a spin-off, to be written by filmmaker Jeff Nichols.

The spin-off, it is understood, is based on an idea from John, who co-wrote and directed the first film, as well as directing and solo writing the second.

It was also reported that John will produce the film, along with Michael Bay, Andrew Form and Brad Fuller, who are already producers in the franchise.

Often, the future of a franchise is weighted in the film’s box office success, especially when it comes to film trilogies.

It may be Paramount will not go forward with a new film until the numbers for the second come in, which so far are not too bad given the current climate.

As well as that, the film has already made a profit, which bodes well for a second film.

According to Box Office Mojo, A Quiet Place Part II has made $79million worldwide (£55.7million) and given it has only just opened in the UK, this number will only get better.

One thing which could cause issues, however, is the cinematic release has been shortened to allow for the film to go to streaming platform Paramount+.

It has been reported that Emily Blunt, John Krasinski and Michael Bay have all asked for compensation for this, given the box office will only last for 45 days compared to the usual 90 days.

However, it is not clear how success will be measured for the film once it goes to streaming, so this may not mean the end for A Quiet Place Part III.

A Quiet Place Part II is out in cinemas now