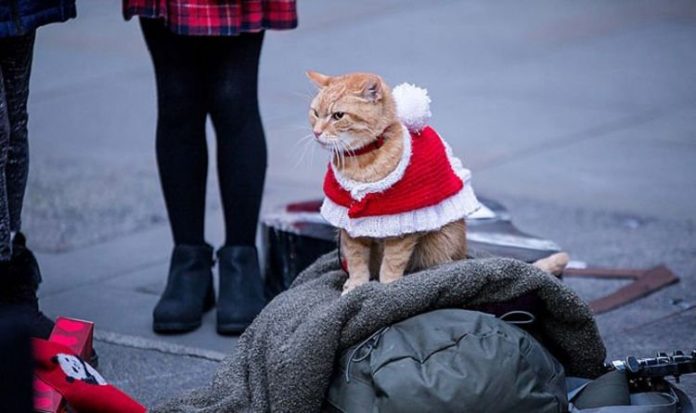 A Street Cat Named Bob: Britain’s favourite feline is back with a heart-warming sequel 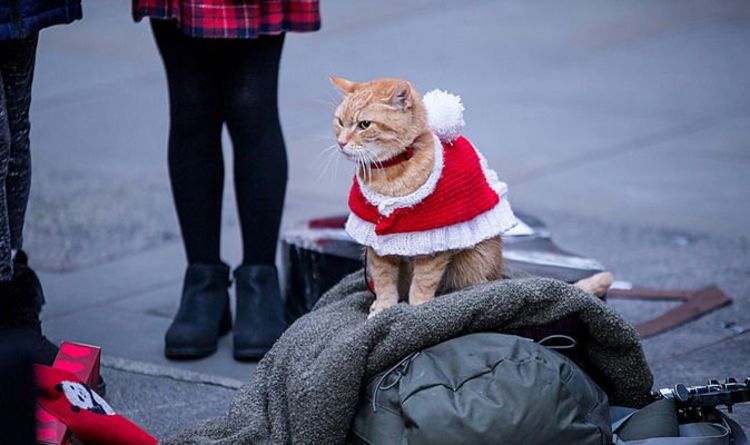 If you’re ready to embrace the spirit of the third-of-a-year Christmas period, Britain’s favourite feline is back with a heart-warming sequel to his 2016 true story A Street Cat Named Bob.

The handsome ginger tom is sporting a Santa outfit and his busking human sidekick James Bowen (Luke Treadaway) is touting his Christmas cover One Cat Open Sleigh.Treadaway definitely makes it his own but Noddy Holder won’t be losing any sleep.

Animal-mad director Charles Martin Smith (Dolphin Tale,A Dog’sWay Home) makes sure Bob and his not-quite-as-gorgeous stand-ins are given plenty of lingering close-ups. Which is a smart move as the plot is even thinner than the first one.

We begin with the now-bestselling author and ex-drug addict James attending his publisher’s Christmas party. James wins a commission for a follow-up to his hit memoir about his life-saving friendship with a stray cat – but he’s short of inspiration.

“I’m sure you’ll get an idea soon.They often happen when you least expect it,” smiles writer Dame Jacqueline Wilson (playing herself).

Then, on the way home, he runs into a troubled young homeless man being hassled by security guards.

“Just give me five minutes, no preaching, just a story,” he says, offering the man a slap-up meal. But it takes the bare-faced liar 90 minutes to string out the tale of his and Bob’s last Christmas together as paupers.

In flashback, we see James sing to tourists in London’s Covent Garden with Bob on his shoulder while a villainous animal welfare officer (Tim Plester) threatens to take the cat away, which inspires a local shopkeeper (Phaldut Sharma) to turn to online activism.

What this was supposed to teach the homeless lad is beyond me but Bob (who sadly died in June) keeps us hooked with a faultless final performance.