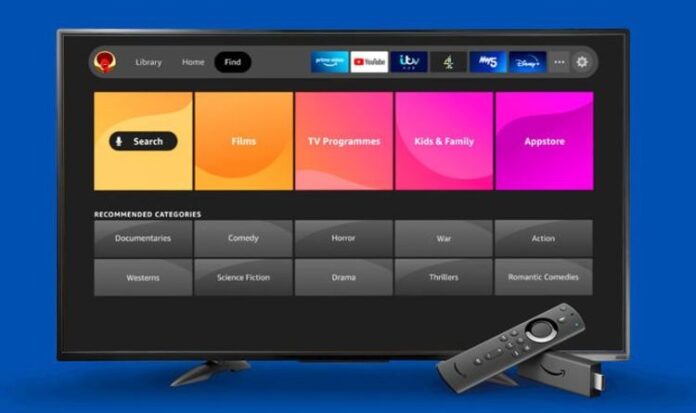 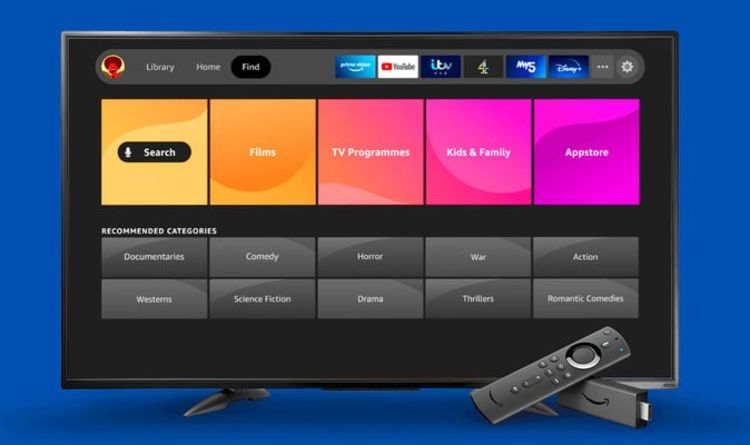 Amazon has started to roll out one of the biggest redesigns of its Fire TV interface since launch. The new version of the Fire TV software is now coming to the hugely-popular Fire TV Stick and Fire TV Stick Lite in time for Christmas movie marathons on the sofa fuelled by mince pies.

The new user interface was unveiled during Amazon’s annual hardware event back in September, where the company also took the wraps off its new spherically-shaped Amazon Echo and Echo Dot, as well as the redesigned Echo Show with a screen that automatically moves its touchscreen to follow your voice around the room.

The biggest new addition in the Fire TV update is the arrival of profiles. Fire TV Stick users can now switch between up to six different profiles for different family members or flatmates. Each of these profiles will have its own personalised suggestions based on their viewing history. While the Prime Video streaming service has had user profiles for a while now, the Fire TV hardware did not. As such, shows and movies would be suggested based everything watched on the hardware.

So, Fire TV would suggest new films based on those watched by parents in the evening as well as children in the morning. Needless to say, that could lead to some pretty confusing suggestions or could lead younger viewers to stumble across a post-watershed show showcased front-and-centre on the Fire TV homepage.

Likewise, shortcuts to resume boxsets would appear side-by-side with no differentiation based on who was watching the show.

With the arrival of these new user profiles, these shortcuts will now be divided based on who was logged in when bingeing through a series. So, if you’re only a few episodes into Game Of Thrones and Industry, but your partner has binged to the season finale – these will be separate and only appear when the correct person is logged in.

Not only that, but each user profile will have its own Watch List, so you’ll be able to queue-up a list of films and shows that you’re keen to watch – and it won’t impact anyone else who watches the same telly as they’ll be able to create their own lists.

Profiles should ensure that everyone gets a highly personalised experience when using a Fire TV. Until now, that’s only really been true for those who live alone… or have a different Fire TV Stick in every room in the house.

As well as profiles, Amazon has tweaked how it makes recommendations. Following the update, you’ll notice new Find and Live tabs at the top of the user interface. The former is designed to bring together all of the boxsets and movies that Amazon thinks you’ll enjoy based on your previous viewing. As before, these will include recommendations from a variety of streaming services – not just Prime Video – so expect to see new boxsets from Disney+, Shudder, and Netflix in the mix too.

As the name suggests, Live will bring together everything that’s currently being broadcast. Given that Amazon is now streaming a number of Premier League fixtures and already holds the rights to a number of Tennis Grandslams, this tab is likely to become increasingly important for the US retail firm.

Interestingly, Amazon seems to be prioritising its more affordable devices with the latest update.

The latest software upgrade is coming to the third-generation Amazon Fire TV, which costs £39.99, the new Amazon Fire TV Stick Lite, which was announced during the same hardware showcase back in September for £29.99. The priciest Fire TV hardware, the £109 Fire TV Cube – which combines a Fire TV with an Echo Dot into a single smart home hub – won’t get the upgrade until next year.

If you own a Fire TV Edition telly, like those manufactured by Toshiba, the improved recommendations and separate user profiles will be coming in 2021.

Amazon has completely redesigned Fire TV – is your Fire TV Stick getting the upgrade?