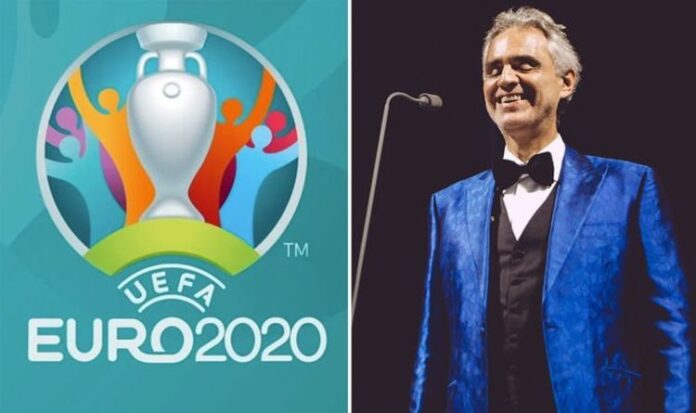 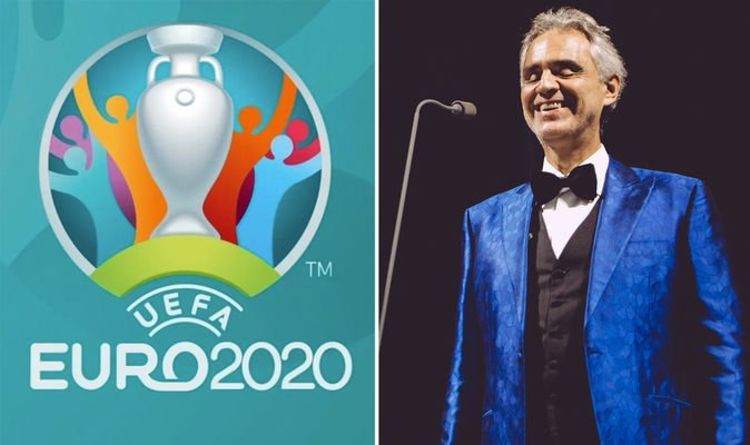 After a year’s delay, the UEFA Euro 2020 Football Championship is finally set to kick off on Friday. Tomorrow’s opening ceremony takes place in Rome’ Olympic Stadium and now Andrea Bocelli has announced he shall be singing at the event. The Italian tenor, a lifelong football fan, will be the only musical artist to perform at the event.

Andrea Bocelli will appear alongside 24 national teams and step onto the field in Rome to give a performance of Puccini’s anthem Nessun Dorma.

The Euro 2020 opening ceremony will also include a flypast by the Frecce Tricolori, alongside an explosion of coloured pyrotechnic effects made from the stadium’s roof.

On the event, the 62-year-old said: “It will be a pleasure and an honour to be able to offer my voice, tomorrow, at the opening ceremony of UEFA Euro 2020, in the spotlight of the Olympic Stadium in Rome.

“It will also be a precious opportunity to send a strong message of hope and positivity. That Vincerò (I will win), underlined by the high register and ideally sung by all 24 national teams involved, will also serve as a wish for everyone in the world, overcoming difficulties and tackling challenges in their own games: in other words, always winning.”

Bocelli has famously sung at previous major international sporting events from the Olympics and World Cup to the Premier League final in the UK.

He has also performed before Popes, presidents and royalty and in all the greatest concerts halls and opera houses around the world.

He previously sang Nessun Dorma in New York’s Central Park, as can be viewed in the video below. More recently, the Golden Globe and Classical BRIT award-winning star has performed in Saudi Arabia alongside his children Matteo and Virginia.

The April concert took place in the ancient desert city of Hegra, located in AlUla. While afterwards, the Italian tenor reflected on the special performance on his Instagram account.

Bocelli added: “Finally, I leave with a great and private gift that, until recently, I had considered unattainable…

“For the first time, three Bocellis sang on stage together with their own voices: Virginia and Matteo, alongside their dad. Family is music in itself, it is the score that restores life’s harmony.

“My family is my strength, and it was so sweet to have them beside me in the enchantment of AI-Ula, a place that speaks to the heart and bears witness to a much larger family, of which we are all part, the one – thousands of years old – that unites the world in an immense, interconnected community.”

During the performance, he sang Leonard Cohen’s Hallelujah with his 9-year-old daughter Virginia.

The father and daughter had previously duetted by singing the track for a live-streamed concert back in December called Believe in Christmas.

While Bocelli and his 23-year-old son Matteo sang Fall On Me, their 2018 song which featured in the live-action Disney movie The Nutcracker and the Four Realms.

Having performed alongside his father on a number of occasions, Matteo is now gearing up to release his debut solo album later this year.

Andrea Bocelli’s Euro 2020 opening ceremony performance can be watched in the UK live on BBC One or BBC iPlayer at 7 pm on Friday.