Apple is the undisputed champion when it comes to tablets. The iPad has just turned 10 with the US technology firm recently confirming it has sold a staggering 500 million of them since the first device was revealed back in 2010.

The iPad range continues to reign supreme and is easily the best tablet you can buy and now there’s a refreshed entry-level model which gets a significant boost to its performance.

Express.co.uk has been trying out this new iPad 2020 and here are our thoughts on this latest device to arrive in Apple Stores.

If you’re thinking the new iPad looks pretty similar to last year’s model then you’re certainly not wrong. The 2020 design is identical to its predecessor which means you get that classic iPad styling with a chunky forehead and thick chin housing the ever-reliable Touch ID fingerprint scanner which continues to unlock the screen in a flash.

We have to be honest and say this design is looking pretty dated and it’s certainly not that exciting when you pull it from the box.

There’s nothing physically wrong with the styling of this device and Apple has sold enough of these gadgets to prove that consumers clearly aren’t worried about its looks but it would have been nice to see some subtle changes included in this latest refresh.

That extra grunt helps it keep pace with the latest apps and games which continue to get ever more hungry for memory. Browsing the web, checking emails and streaming movies also feels silky smooth and we can’t honestly imagine anything it won’t cope with.

Along with that extra power, there’s also some pretty decent battery life. We put the iPad through an epic movie binge with it lasting around 7-hours when streaming a movie with the screen at full brightness. However, download your boxset binge and dim the screen slightly and you should get closer to 10-hours which means it will easily last the longest of long-haul flights.

When things do run dry It’s worth noting that, unlike the new Apple Watch which ships without a power adapter, the new iPad gets a 20W charger in the box. This is one of the new power bricks that features USB-C to Lightning and also includes the pop-up pins making it easier to pop in your bag.

As before, this base-level machine is compatible with Apple’s Smart Keyboard case (£159) and older Apple Pencil (£89) which allows you to scribble on the screen without using your finger.

It won’t, however, connect with the brilliant Magic Keyboard or new Apple Pencil which offers that improved wireless charging and more precise feel. One final thing to note is that Apple hasn’t upped the internal storage which means the £329 model only comes with a measly 32GB of memory. That won’t be much use for those wanting to store endless movies and music on their device and to add more it will cost you. The 128GB iPad costs £429 but is definitely worth considering if you’re a power user.

If you’re after a new iPad for the family or are buying a tablet for the first time the 2020 tablet from Apple is a solid purchase. It’s now faster, has a decent Retina screen, long battery life and all for £329 – that’s £20 cheaper than last year’s model.

However, before you rush to the shops there is one very important thing to be aware of. Apple has also announced an all-new iPad Air which will go on sale in the coming weeks and this is one mighty upgrade.

The latest Air gets a totally new design with a 10.9-inch screen which pushes closer to the edge of the case. There’s also an improved camera and a new A14 Bionic processor which could make this the most powerful tablet Apple has ever made.

The improved Apple Pencil also works with this new Air and it’s compatible with the clever Magic Keyboard which turns this iPad into a mini laptop complete with backlit keys and a trackpad.

So here’s the dilemma. The new iPad Air will start from £579 which is clearly far more expensive than the entry-level tablet. It’s also not out yet with Apple expected to begin shipping it next month.

If you can afford the extra cash and don’t mind waiting we really don’t think you should consider the basic iPad as the Air is set to offer a supremely improved experience.

That said, if you’re desperate for a new tablet today and simply don’t want to spend over £550 then the entry-level iPad really won’t let you down.

Pink Floyd The Wall: What is the story behind The Wall... 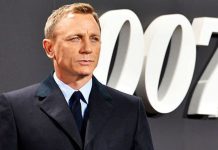 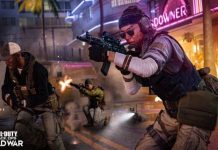