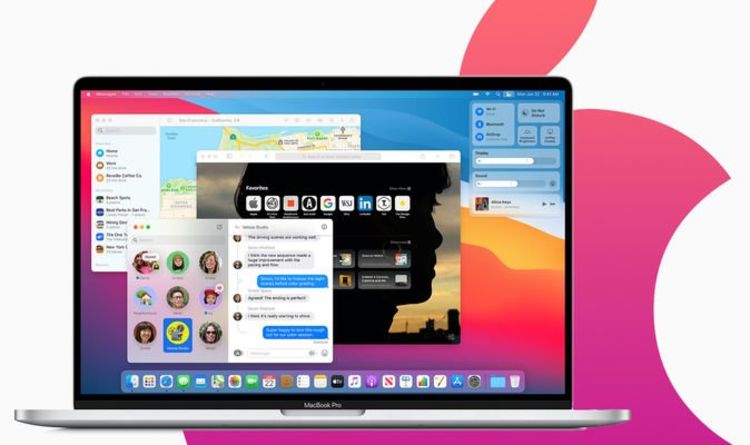 Apple may reveal its biggest MacBook change ever, and you’ll need to upgrade to get it

Apple has confirmed plans to hold its next showcase on October 13, 2020. The Californian company has mailed out invites to the event, which will be streamed online, with the tagline “Hi, Speed” suggesting that whatever will be announced will focus on unfettered processing power. Given that Apple hasn’t revealed its annual iPhone refresh yet, it’s highly likely the October 13 event will include our first glimpse of the so-called iPhone 12 and iPhone 12 Pro series.

But that’s not all. Apple promised to launch a new Mac powered by its own processor – known as Apple Silicon – during its Worldwide Developer Conference earlier this summer. While it’s possible the US firm has another livestream up its sleeve before the end of the year, a hardware event advertised with the tagline “Hi, Speed” seems like a pretty good opportunity to talk-up the advantages of moving from industry-standard Intel processors to your own custom design.

After all, Apple is widely-tipped to dramatically boost performance with its Apple Silicon chipsets, which leverage the ARM architecture. And that’s not all – some rumours suggest the switch could also see MacBook prices plummet in the coming weeks. Apple hasn’t confirmed which macOS machine will be first in line to receive its own in-house processor – but the rumours point to a MacBook Pro, or a return of the 12-inch MacBook form-factor.

Originally launched back in early 2015, the latter was thinner and lighter than the current MacBook Air. It was also the first model to launch with the ill-fated Butterfly design keyboard, which was marketed as more stable, accurate and shallower than its predecessor – allowing for the thinner chassis of the laptop.

Unfortunately, that’s not quite how it worked out.

After being plagued with durability issues that forced Apple to implement an extended warranty for the keys, the design was unceremoniously dropped from all MacBook machines this year – switching to the new Magic Keyboard design, which returns to the scissor switch-design used in all models launched before the 12-inch MacBook.

The latest report on the first Apple Silicon-powered MacBook, which comes from Chinese-language newspaper The China Times, doesn’t mention the keyboard design in the new model set to launch later this year, but presumably, Apple has found a way to squeeze the new Magic Keyboard in the design.

Like the original model, the 12-inch MacBook will weigh less than a kilogram (0.92 kg, to be precise) and measure just 0.52-inches (1.32 cm) at its thickest point. That’s considerably lighter and thinner than the MacBook Air.

If this new Apple Silicon-powered laptop launches at the bargain price point rumoured earlier this summer, it could eventually replace the Intel-fuelled MacBook Air.

According to sources speaking to The China Times, Apple will use an A14X processor to power its next-generation notebook. This will include 12 cores, including eight high-performance cores and four energy-efficient ones. Battery life is going to be a major focus for Apple with its first batch of Apple Silicon-powered Macs – not just raw power. As such, we can expect the next-generation 12-inch MacBook to launch with 15 to 20 hours of battery life between charges, The China Times reports.

For comparison, until now, the most battery life available in an Apple laptop is 12-hours between charges found on the MacBook Air.

The A14X processor found in this lightweight, battery efficient MacBook will be a twist on the same chip found in the next iteration of the iPad Air line-up, The China Times claims. Apple has already confirmed that using its own chipsets across its iOS, iPadOS and macOS devices means MacBooks and iMacs will be able to natively run iPhone and iPad apps.

In contrast with the report from The China Times, reliable Apple analyst Ming-Chi Kuo, who has an almost infallible track record when it comes to forecasting as-yet-unannounced Apple hardware, claims a new 13.3-inch MacBook Pro with a form factor similar to the current 13.3-inch ‌MacBook Pro‌ will be the first macOS device to launch with a chipset designed by Apple.

Either way, if you’re reading this article on a MacBook – chances are, the Intel chipset inside your machine could look ancient in the coming days. Whether it’s a new supercharged MacBook Pro with the processing power of an iPad Pro (which often outranks Apple’s “Pro” laptops on benchmarking tools like Geekbench), or a lightweight MacBook with hours and hours of battery life, the move to Apple Silicon could seriously shake-up macOS hardware.

Express.co.uk will be in the (virtual) audience at the Apple Event on October 13, so stay tuned for all the latest news on the iPhone 12, iPhone 12 Pro and – fingers crossed – the latest MacBook models.