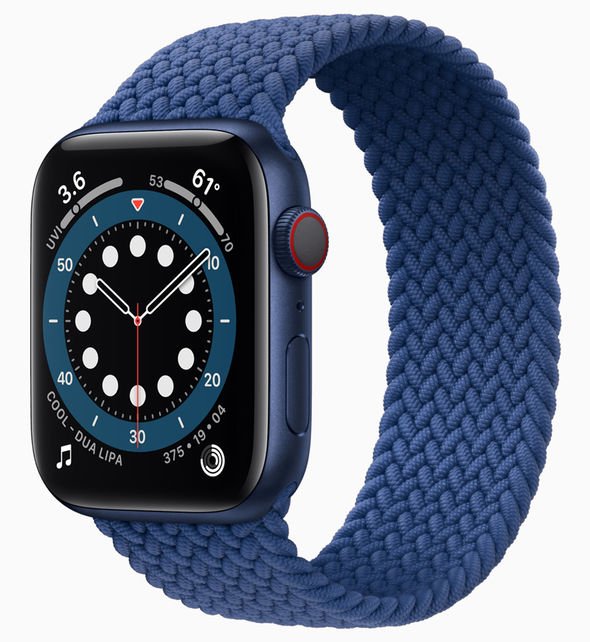 Apple Watch Series 6 review: the best smartwatch money can buy gets even better

Apple Watch is now on its sixth generation and keeps getting better and better with each refresh. I’ve been reviewing this smartwatch series since the first model launched back in 2015 and during that time it has genuinely changed my life.

That might sound overzealous, but in the last 5 years, Apple Watch has helped to discover a benign heart murmur, called my loved ones after a nasty tumble down the stairs, and most recently helped me shift 4kg after the lockdown saw my belt get noticeably tighter. I know, it’s been a busy few years for me.

There are so many health benefits of wearing the Apple Watch and the motivation it gives you to close those daily activity rings makes this so much more than a way of telling of the time.

Of course, other reasons for strapping this device to your wrist include being able to pay for your shopping, allowing you to check messages, and even make phone calls without taking your iPhone out of your skinny jeans.

Now we have another new watch to try and, once again, Apple has added more features to help improve what was already the best smartwatch on the market.

There’s plenty to talk about on the Apple Watch Series 6, but let’s start with the display. While the OLED touchscreen is the same size as the previous two models, it’s now been made much brighter. In fact, it’s 2.5 times brighter than the Series 5.

This not only makes it easier to see when using it outdoors but also boosts the appearance of the dimmed always-on screen too. The latter was the main addition seen in the Series 5 last year and means you can constantly see the time without needing to raise your wrist.

One criticism of the Series 5’s always-on screen was that it impacted battery life in a terrible way. Thankfully, Apple has definitely improved things with the latest model, which is powered by its efficient new S6 chipset.

When wearing the Series 5 we’d usually wake up and find the battery indicator blinking red, but the Series 6 has managed to get through a whole day and night (with sleep tracking turned on) and still have around 35 percent left in the tank the following morning. This gives you plenty of time to give it refill before the screen goes blank – in fact I’ve managed a total of around 20 hours before needing to go anywhere near a plug. That sort of battery life is exactly what the Watch used to get before the addition of the always-on display – and it’s great to see it return, despite the new features.

When it does need refilling, the new Apple Watch sports faster charging which can refill the Series 6 to 100 percent in under 90 minutes. It’s noticeably better and also means you can pop it on a charger for a quick 30-minute top-up and get the battery back to around 50 percent.

The next big change to the Series 6 is what you’ll find under the shell as this is now the most powerful wearable Apple has ever made.

Inside the Apple Watch Series 6, there’s a new S6 System-in-Package (SiP) which improves the performance by around 20 percent. The Series 5 was no slouch but things such as animations and scrolling through message do feel even smoother on this latest model.

As I mentioned before, the Apple Watch has become renowned for helping people stay fit with features such as activity monitoring. This next generation of Apple Watch is just as good as before and, thanks to watchOS 7, it’s now even able to reveal calorie counts for a dance workout and even your post-workout cooldown.

Sleep can also now be checked and the added battery life on the Series 6 certainly helps when wearing the watch all night in bed.

Like its predecessors, it’s fully water-resistant so you can take it in the pool and you’ll get those alerts urging you stand up and get moving if you’ve been idle for too long. Along with fitness, I’ve also become a big fan of the health functionality of the Apple Watch. The Series 6 can still monitor your heart rate and alert you if it spots a raised level plus it can take an instant ECG by simply placing your finger on the Digital Crown.

And now there’s something else it can check inside your body.

That’s because on the rear case is a new sensor, which monitors Blood Oxygen levels. Having put it to the test it’s really simple to use and I was chuffed to bits to find my levels at 100%. It’s worth noting that Apple is not pitching this as a medical feature – so you won’t be able to detect whether you’ve contracted Covid-19 or any other respiratory conditions by checking how oxygenated your blood is.

Instead, this measurement is purely for fitness, so don’t buy this device thinking it will warn you of any lung trouble.

Some people may find blood oxygen levels an important feature, but I’m not sure how much use I’ll get out of it especially as, unlike the heart tracking, it’s not designed to warn users of medical emergencies.

Another feature worth mentioning is that the Series 6 now includes an always-on altimeter which provides real-time elevation so you can see exactly high you’ve climbed on your next hike.

Again, this will be very handy if you enjoy strapping on some boots and walking up a mountain but, living in London during these strange times, it’s not something I’ve been able to test.

The final change to the Series 6 is the colour as two new options are now available to choose from: a bold PRODUCT(RED) version and a classy Blue.

Both of these new colours are also available in the aluminium cases.

I took delivery of the Blue aluminium model for this review, which I’m pretty smitten with. Apple has added a subtle splash of colour without making its wearable seem too gaudy.

No doubt these new colours will prove hugely popular and it’s nice to see Apple finally adding more options to the range. So, that’s all the features you’ll find on this new device but what about something that’s missing.

Rumours have been rife that Apple was considering ditching the plug from its packaging and the Apple Watch is the first device where that has become a reality. It’s a bold move from Apple, but the firm says it’s trying to cut down on electrical waste and most homes already have enough of these little white USB wall plugs – without needing more.

That makes sense. And being honest, I’ve got spare plugs all over my house that’ll fit a standard USB cable. But if you have a shortage of wall chargers – you won’t find one in the box with your new £379 smartwatch and you’ll need to buy one from Apple separately at a cost of £19 for the standard 5W plug, or £29 if you want the plug with foldaway pins to make it easier to store when travelling.

There’s no question that if you’re an iPhone owner, the Apple Watch remains the best smartwatch you can buy. And the Series 6 only makes it better.

The screen is considerably brighter, battery life is longer, and the brains inside make zipping between fitness tracking and answering texts even quicker.

There’s also those new colours to choose from and it will even monitor your blood oxygen levels …although, if you’re anything like us, these readings aren’t going to mean much. And definitely can’t be used to help your doctor diagnose any ailments – unlike the electrocardiogram (ECG) also built-in.

Plus you get all this for a cheaper £379 starting price.

This is the best Apple Watch out there, but if you’ve got a Series 4 or Series 5 strapped to your wrist, we’re not sure you need to rush to upgrade as the Series 6 is still a pretty incremental upgrade. Unless you struggle to read your display when outdoors on bright days, or are having real issues with battery life… it’s probably worth waiting it out another year.

That said, if you have an older Apple Watch, like the Series 2 or Series 3, or are thinking of joining this revolution for the first time, you honestly won’t find anything better. And as we head towards winter, this could be the motivation you need to make the most of every minute of exercise outdoors or in the gym