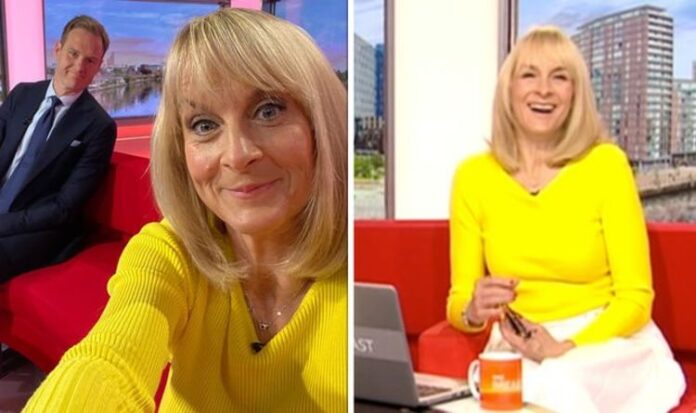 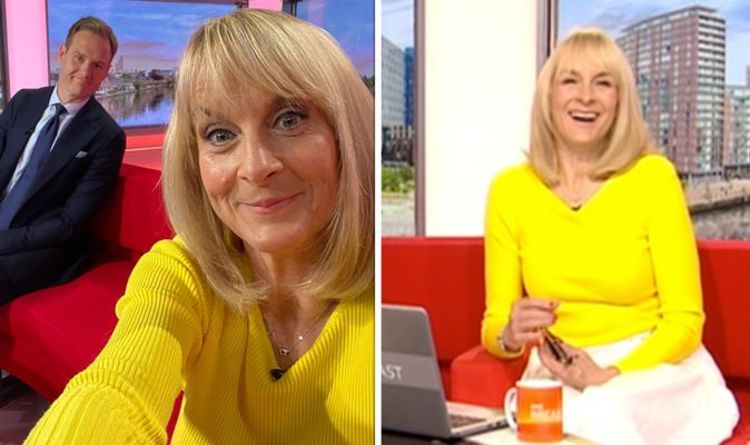 Louise was sporting a bright yellow top on Tuesday morning and it was a big topic of discussion on BBC Breakfast.

But, Carol wasn’t the only one to pick up on her co-stars new look, as many viewers took to Twitter to comment on it.

One viewer wrote: “@BBCBreakfast Louise please change the top. It is too bright yellow.”

Underneath the photo, the TV host wrote: “Who wore it better? #BBCBreakfast.”

Dan also pointed out Louise’s bright choice of clothing while on air.

“Don’t adjust your sets everybody,” Louise joked to the viewers at home.