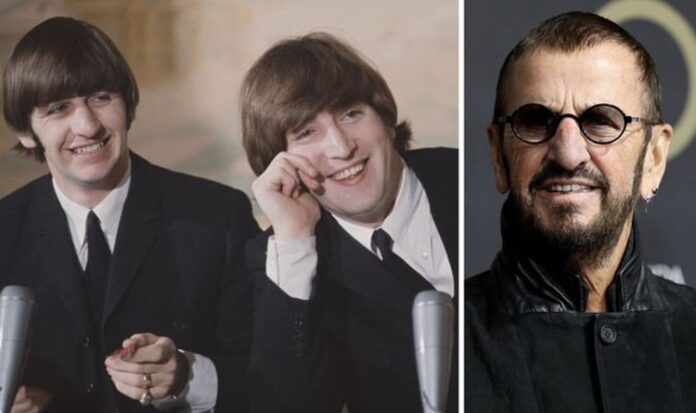 Mr Davis, who played banjo in the group, left shortly after the band’s decision to pursue rock and roll instead of skiffle because he wasn’t a fan of the genre.

He felt rock and roll was “cheap, nasty and cobbled together by Tin Pan Alley”, a collective of New York song publishers, to “separate youngsters from their money”.

While there was “no animosity” over his and the washboard player’s departure, John’s former group member was surprised by their change in musical direction.

More than six decades on, Mr Davis doesn’t regret the decision to leave as he knew The Beatles struggled to savour moments of normality.

He told Express.co.uk: “Having read a lot of musician biographies, a lot of them tend to believe their own publicity and people are forever buttering them up.

“They tell them how marvellous they are, hoping to rip them off so it must be, in many ways, quite a lonely existence.”

His words echoed comments from John’s half-sister Julia Baird, who told Classic Bands that The Beatles were “locked in a hotel room” for most of their tours.

She envied her sibling and considered him “lucky” to be able travel the world until he admitted that their excessive fame deprived them of living ordinary lives.

Mr Davis recalled telling fans: “I can walk down the street and nobody bothers me, I can go into a pub and have a pint.

“Louise said, ‘You have no idea how much George would have loved to do just that.’”

During Beatlemania, fans mobbed the stars outside of arenas and despite their security, Mr Davis felt they were lucky not to be “torn to pieces”.

He told Express.co.uk: “They certainly escaped by the skin of their teeth a number of times.”

Mr Davis said he “wasn’t jealous” of The Beatles’ success but was proud that a Liverpool band “had gone to London and wiped the floor” with other musicians.

He added: “I thought it was fantastic and great to see that John was still the same cheeky blighter that we knew at school with the ‘rattle your jewellery’ comments.

“It was wonderful that some people from the despised provinces got down to London and had huge success.

“The more I read, the more I’m relieved, I don’t think I could have handled it better than these guys.”

To find out more about Rod Davis and The Quarrymen visit here.

Kyle Sonlin and Herwig Konings Spearhead The Revitalization Of Tokenization

Actress Dianne Scott Defines What a True ‘Model’ Is in Hollywood...