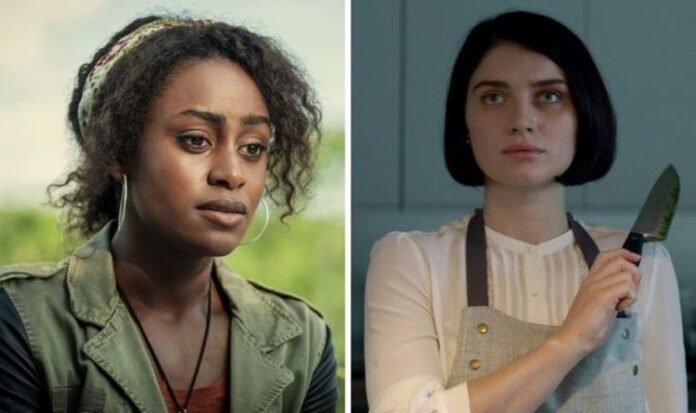 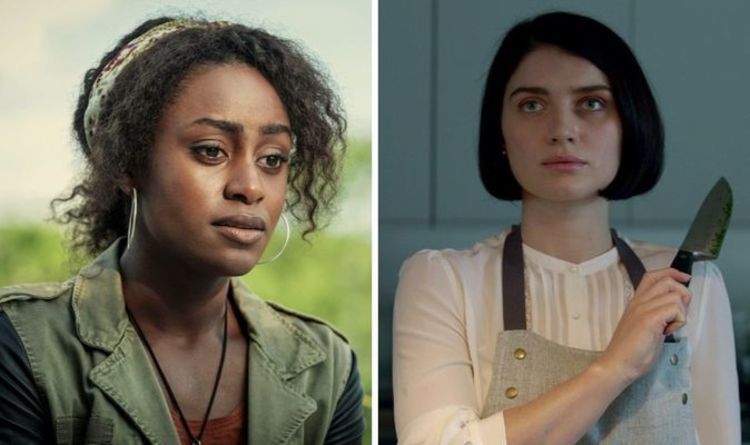 Netflix’s chilling new miniseries, Behind Her Eyes, is poised to cause a major stir amongst users as it’s finally unleashed this week. Series lead Simona Brown has opened up about some of the most disturbing aspects of her role as single mum, Louise.

Behind Her Eyes’ breakout star Simona Brown has previewed some of the creepy dream sequences viewers can expect to see in Netflix’s brand new thriller.

The six episode miniseries will no doubt be met by strong reactions from viewers if responses to Sarah Pinborough’s original novel are anything to go by.

Brown stars as Louise, a single mum whose attempts to rejoin the dating pool take an unexpected turn when she meets David (Tom Bateman).

After a chance encounter one night, Louise is stunned when David turns out to be her new employer.

She then begins a secretive friendship with David’s troubled wife, Adele (Eve Hewson), who appears to be hiding some secrets of her own.

As the series unfolds, Louise is plagued by horrific visions which come to her in dreams, which are sure to leave some viewers with restless nights.

Although some moments of Behind Her Eyes are especially dark, Simona Brown admitted she was more or less unfazed by the series’ dream sequences.

Promoting the series, she told Netflix: “I don’t think it is American Horror Story scary, but more unsettling and strange.

The series is directed by Erik Richter Strand, best known as the creator of Norwegian thriller Valkyrien, while Steve Lightfoot serves as creator and showrunner.

Lightfoot, who had previously worked on the likes of Hannibal and The Punisher, brought a wealth of experience to the table in effectively bringing Pinborough’s original novel to the small screen.

Upon the release of the book, the hashtag ‘#WTFThatEnding’ was used to tease Behind Her Eyes’ unpredictable narrative, and it wouldn’t be surprising if the same response started trending when Netflix subscribers finish watching the new adaptation.

In addition to its touches of horror, Brown and her co-star Tom Bateman also engage in several explicit intimate scenes as Louise and David soon begin an illicit affair.

The actress touched on the series’ more adult material and joked: “I wouldn’t sit down with an eight-year-old and watch it though.”

David and Louise’s steamier moments become especially visceral when Adele begins to teach her methods of controlling her dreams.

It’s certainly the most adult material to come out of Netflix so far this year, so the streaming service is once again ahead of the pack when it comes to edgy small screen thrillers.

Behind Her Eyes is definitely no exception, and the miniseries’ dark themes and jaw-dropping ending are certain to spark furious debates over the coming weeks.

Behind Her Eyes is available to stream on Netflix from Wednesday, February 17.

Behind Her Eyes star opens up on ‘unsettling and strange’ plot: ‘It’s quite dark’