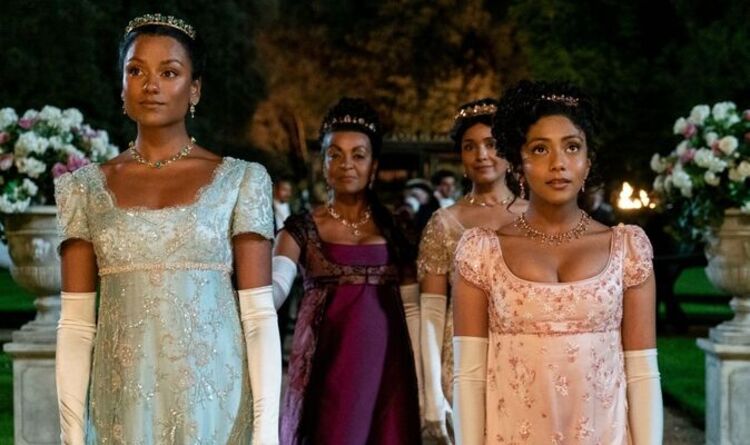 Bridgerton fans were taken aback when Regé-Jean Page, who plays Simon Bassett, left the show after season one. However, in an interview with British GQ, the star refused to rule out a surprise appearance in the second chapter. For book readers, the news of his departure wouldn’t have been as much of a shock. Each novel focuses on the love stories of all eight Bridgerton children.  Written by Julia Quinn, the author made the decision to focus on new characters with each instalment, and with recent casting announcements, the new outing on Netflix can be pieced together.

It is important to note that the Netflix series has made some changes to the original novels. One of the biggest is the fact it added new characters for the show and even whole storylines. However, the main plot of season one followed the first book closely, so there is definitely a guarantee of certain events transpiring.

The most obvious takeaway from the books is that audiences will be spending less time with Daphne and Duke Simon. The second novel, titled The Viscount Who Loved Me, instead focused on Anthony Bridgerton.

It is already known that Jonathan Bailey, who played Anthony in season one, is returning. Fans will be spending a lot more time with him this time around, and a recent cast interview confirmed this.

During the Netflix fan event TUDUM, the main cast of Bridgerton season two sat down to discuss the audience’s hopes. Julie Andrews Lady Whistledown shared the biggest hints at the plot.

The star said: “This author has been reliably informed that Lord Anthony Bridgerton intends to dominate the social season. I will have my pen ready to report on any and all of his romantic activities.

She added: “However, gentle reader, before you set the comments section alight with requests for more sordid details, know that I am disinclined to report on the particulars at this time. Patience, after all, is a virtue.” (via Radio Times)

It is Kate that Anthony falls for, but the two don’t start off by jumping into bed together. At first, they can’t stand one another. They bicker and detest each other’s differences, continually butting heads about all manner of inconsequently rubbish.

However, it isn’t long before their boiling blood turns into red hot passion, leading to one of the more intense relationships in the whole novel series.

In the show, the sister has been renamed Kate Sharma and is played by Simone Ashley. Netflix rewrote season one’s Daphne to be more feminist and strong-willed, and as Anthony’s lover is already those things in the books, it isn’t known how she will appear on screen.

Bridgerton season 2 plot: Everything you need to know about book 2