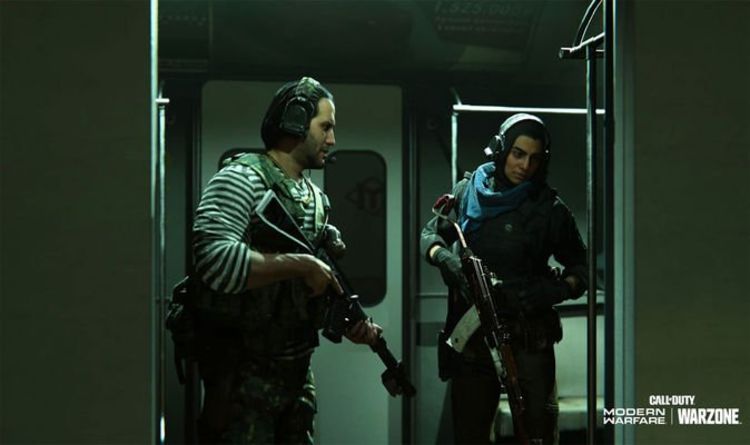 Getting around Verdansk is already pretty easy task due to the many vehicles and parachuting opportunities spread across the map, and more is being prepared for Call of Duty Modern Warfare Season 6. The train is a newer option, althout the gas can still cause issues for those on the ground who can’t outrun it. But that hasn’t stopped developers Infinity Ward planning for a fresh route around the Verdansk that could prove hugely popular with fans.

Today has see Activision provide the latest regarding the new Warzone Subways, which will be launching as part of the big Modern Warfare Season 6 release.

And there are two rules to riding the metro that could make it a love, or hate relationship for Battle Royale gamers.

The first is likely to be a big positive among fans and that is the metro will not call at stations that have been hit by the gas.

This should stop people being locked into a death ride but it’s still unclear whether you could still end up being stuck in the storm by entering a subway and finding yourself stuck without a ride out.

The other rule to the Warzone subway is that you will not be able to fight while riding in one of the old metro cars.

The train will not move while there is shooting going on, which is a bit odd when you think how trigger-happy players are.

It’s unclear if your guns will lock during a train ride and it will be interesting to find out whether you’ll able to get things moving again simply by eliminating the other team onboard.

Here’s more from Infinity Ward, who confirmed in a new blog post today: “Each train’s interior design may not have been updated since this system was first built, but despite their “retro” appearance, they are still equipped with some state-of-the-art technology that mitigates issues involving the circle collapse and combat.

“Specifically, a subway train will not move to a station that is under the effects of the circle collapse.

“This avoids a situation of a squad hopping aboard a subway that leads to an untimely death… unless, of course, it’s at the hands of another squad waiting at the next station.

“Speaking of fighting, there is no room for roughhousing onboard the Metro.

“In fact, the subway will not move at all if there is any conflict on board, or between the train and the platform, so keep fighting to the platform, stairwells, and outside the station.

“Use this limited downtime to reload weapons, swap items around the squad, or just take a breather before getting out at the next stop.

“This almost goes without saying, but don’t try to step onto the subway tracks.

“Not only is it a recipe for death, but your squadmates will most likely be unable to pick up any belongings after your misadventure.”

There’s plenty left to learn about how this new dynamic will work so it will be best to wait to find out just how this new system will function.