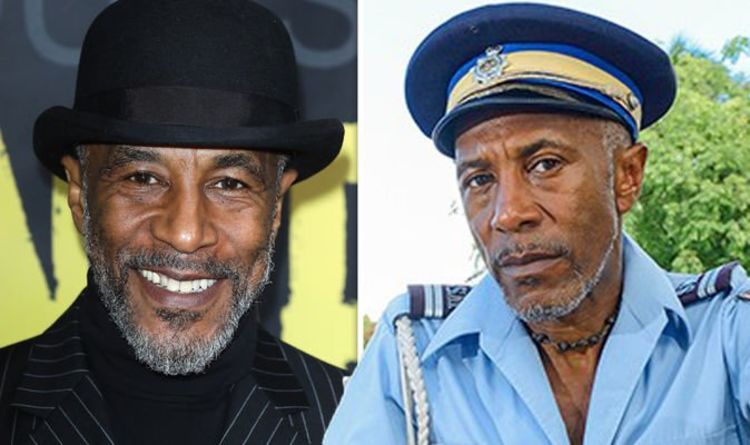 Dwayne Myers (played by Danny John-Jules) departed the Saint Marie police force in season seven to go travelling with his long-lost dad Nelson Myers (Ram John Holder). With season 10 of Death in Paradise underway, fans will see the return of some much-loved characters but Dwayne will not be making an appearance. When a fan questioned his absence on Twitter, Danny spoke out on his exit from the BBC show.

The 10th season of Death in Paradise has seen Florence Cassell (Joséphine Jobert) return to the island.

DS Camille Bordey (Sara Martins) will also be making an appearance and even deceased DI Richard Poole (Ben Miller) will turn up.

However, Dwayne will not appear in the latest instalment and viewers are desperate to know why.

One tweeted: “#DeathinParadise What happened to Dwayne? Loved him (and all the characters).”

Read more: Death in Paradise: What did the stars find ‘tough’ about filming?

“Never say never,” Tim admitted. “But, that’s all I can say. I’m trying to be mysterious like it’s something big.”

Tim continued: “The joyous thing is we do genuinely stay in touch and I’m in touch with Kris quite often as well.

“You know I think that because they’ve got such affection for the show we wouldn’t rule anything out if there was a good story to tell.”

Death in Paradise fans who hoped to see Dwayne in the latest series were left disappointed when the show returned last week.