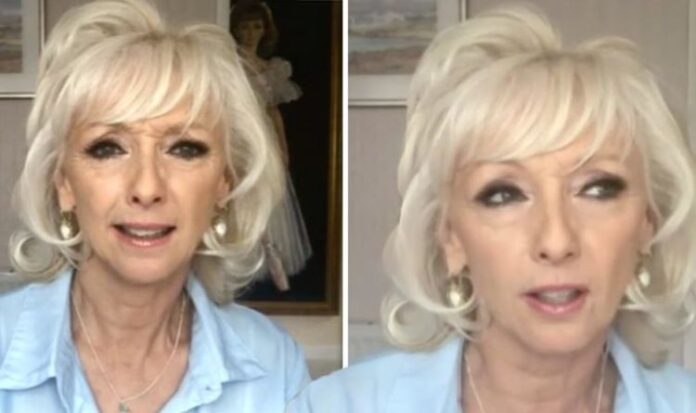 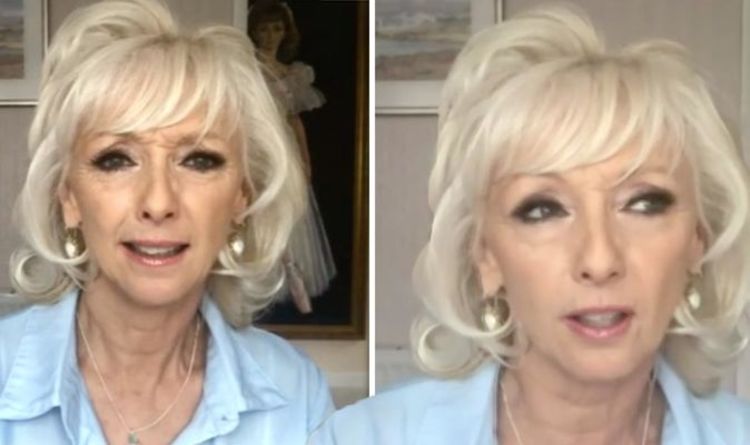 This Morning presenters Dermot O’Leary and Alison Hammond kicked things off rather strangely on Friday morning’s edition as the former was strapped lengthways in a box, while his co-star announced she would be sawing him in half. Of course, Alison soon confirmed she would not be carrying out the famous trick as they cut to Debbie McGee, who was on-hand to provide some insight into the illusion as well as her time in the Magic Circle. However, as she spoke, viewers were distracted by a portrait in the background.

Debbie was excited to talk about a special event being held by the Magic Circle on Sunday night, which members of the public could access on Facebook.

As Debbie got on with the discussion, some were left questioning a portrait in the background of the shot.

One shared: “What’s that thing peeking out behind her? #ThisMorning,’ with another replying: “It looks creepy.”

A third said: “Think #DebbieMcGee is also embracing the trend as she’s got a portrait of herself peeking at the camera from the background #thismorning.”

Speaking proudly of the position, she added: “It’s nice to hear about good things in these really tough times.”

It comes after Debbie had to recently brush of speculation she may be involved with ITV show, The Masked Singer.

Before being revealed as Mel B, many fans of the programme believed it could be Debbie behind the Seahorse costume.

She explained she had been inundated with messages when the character was on-air in week two of the competition.

On Twitter, she shared: “That was so funny. My phone went mad with messages from friends asking, ‘Is it you?'”

She added: “I am hooked on @MaskedSingerFOX.”

The star soon corrected her mistake at tagging the wrong show account.

Debbie McGee’s appearance on This Morning sends viewers into frenzy ‘What is that?’