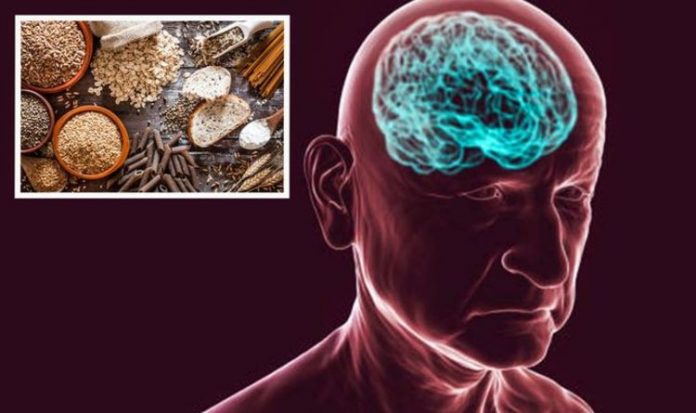 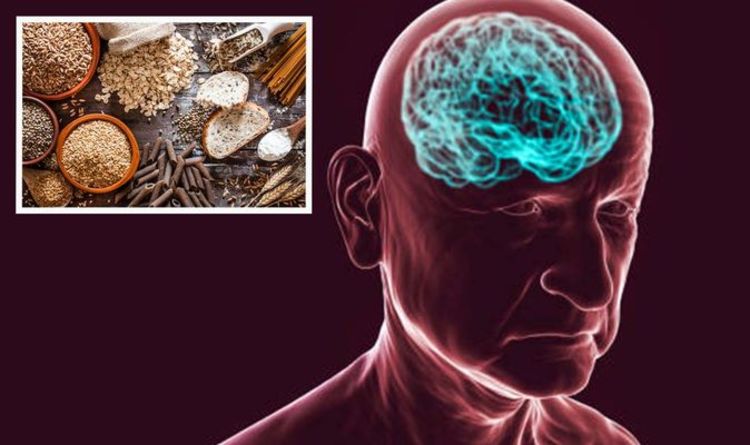 Dementia is a syndrome which is associated with an ongoing decline of brain functioning, of which there are many different causes. There are many different types of dementia, with Alzheimer’s disease being one of the most common. Research shows there are more than 850,000 people in the UK who have dementia. One in 14 people over the age of 65 have dementia, and the condition affects one in six people over 80.

The NHS suggests that risk factors such as hearing loss, untreated depression, loneliness or social isolation, or sitting for most of the day, may also be important.

The NHS Health Check can help find early signs and tell you if you’re at higher risk of certain health problems that can also increase your risk of dementia.

It is a free check-up of your overall health for people aged 40 to 74 who do not have heart disease, diabetes or kidney disease, and have not had a stroke, and is offered every five years.

READ MORE: High cholesterol: The sign in the legs that can occur ‘at night’ – ‘Massive red flag’

The “MIND” diet, short for Mediterranean-DASH Intervention for Neurodegenerative Delay, can also bolster the brain against decline, according to the Mayo Clinic.

The health site suggests that you should eat “ at least three servings” of whole grains a day, to “cut your Alzheimer’s risk”.

The site adds: “Eating certain foods (and avoiding others) has been shown to slow brain ageing by 7.5 years, and lessen the chances of developing Alzheimer’s disease.”

It says: “Born as a hybrid of two existing eating styles with decades of research at their backs — the DASH diet and Mediterranean diet — university researchers developed the MIND diet to emphasise foods that impact brain health.”

The NHS notes that if you’re becoming increasingly forgetful, particularly if you’re over the age of 65, it’s a good idea to talk to a GP about the early signs of dementia.

Early diagnosis means its progression can be slowed down in some cases, so it is important to spot the signs early.

The NHS says that dementia symptoms may also include problems with language, such as using words incorrectly, or trouble speaking, as well as movement and difficulties doing daily activities.

It says: “The symptoms of dementia usually become worse over time. In the late stage of dementia, people will not be able to take care of themselves and may lose their ability to communicate.”

The Alzheimer’s Society (AS) says that individuals living with Alzheimer’s may experience mood and personality changes, and there are a number of “warning” signs.

The early stage of dementia can include forgetfulness, losing track of the time, and becoming lost in familiar places.

The AS notes that mid-life – from your 40s into your early 60s – is a good time to start taking steps to reduce your risk of developing dementia, though it is helpful to take steps at any age.

“The brain changes that cause dementia can start years or even decades before symptoms develop. If you live a healthy lifestyle now, you are reducing the chances that these brain changes will happen,” it adds.

The number of people with dementia is increasing because people are living longer.

By 2025, Dementia UK reports more than one million people will be living with dementia in the UK.

The World Health Organisation says: “Globally, dementia has a disproportionate impact on women. Sixty-five percent of total deaths due to dementia are women, and disability-adjusted life years (DALYs) due to dementia are roughly 60 percent higher in women than in men.

“Additionally, women provide the majority of informal care for people living with dementia, accounting for 70 percent of carer hours.”

Dementia: The food to have ‘at least’ three times a day – ‘cut your Alzheimer’s risk’

Statins side effects: Five ways statins can affect your muscles –...

Experts call for ‘iron ring’ to be put around cancer patients...