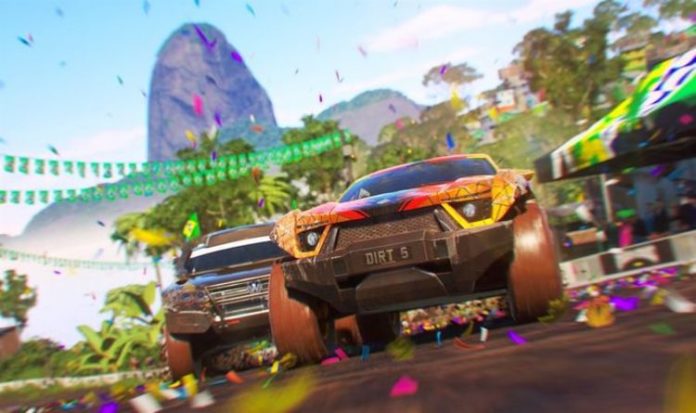 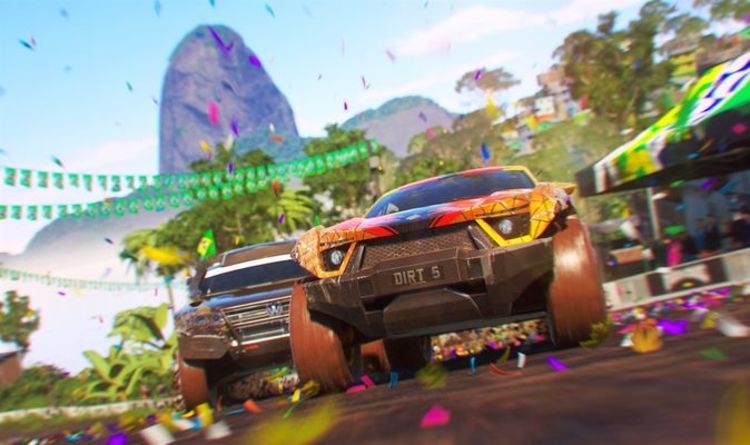 From the original Ridge Racer on the PlayStation, to Forza Motorsport 5 on the Xbox One, the racing genre feels like the perfect fit to show off a new console.

In lieu of a new Forza game to usher in the Xbox Series X/S era, the task of giving racing fans their next-gen driving kicks falls to Codemasters.

Unsurprisingly, the UK studio handles the job with aplomb, delivering an awesome racing experience with some fantastic courses and impressive weather effects.

The polar opposite of simulation racers like Dirt Rally, Dirt 5 feels like it’s been plucked directly from a late 1990s arcade.

From the refreshingly straightforward career mode, to the ability to create your own vehicular playgrounds, Dirt 5 has that short-burst pick up and play appeal.

You’ll race in locations spread across the globe, from the muddy forests of Brazil, to the frosty surroundings of Norway, and everywhere in-between.

Courses in Greece and Italy are a particular highlight, as you get a nice mixture of mud, tarmac and gravel, which you really feel through the Xbox Series X controller – albeit there seems to be a recent bug where controller vibrations only work half of the time.

The campaign utilises a fairly basic branching career path, where players typically get to choose between two events at a time. Compared to some racing games where career mode options can be pretty overwhelming, I kind of like this simple, stripped back approach.

Indeed, with Xbox Series X loading times dropping players into races within about 12 seconds, Dirt 5 is all action.

There are Rally Raid races that take you from point to point, as well as circuit races over multiple laps, and even Overpass-style Path Finder events that are less about going flat-out, and more about controlled speed, braking and angles of approach.

With dynamic weather and harsher conditions, Ultra Cross events are my favourite, and really showcase the power of the Xbox Series X.

The best of the bunch is the Drama in the Harbour event that takes place in Henningsvaer, Norway. Going from day to night with heavy snow and even a bit of lightning, it’s a seriously spectacular sight.

I also like the way you can set your own weather and racing conditions in the arcade mode, something which breathes new life into familiar courses – like when you make it snow in Arizona.

There’s always lots happening on screen, the performance is rock-solid, and the vehicles big and bold. The only thing missing is extensive car damage beyond general scrapes and scratches.

While I’m sure the Xbox Series X and PS5 will produce better looking games as the console generation goes on, Dirt 5 is an impressive start.

Back to the career mode, the biggest problem with Dirt 5’s skeletal campaign is that you really notice when a race type or event isn’t to your liking – I didn’t care for the ice river races in New York, for example.

While this generally doesn’t present much of a problem – you’ve typically always got two events to choose from – there were a few occasions when I either had to suck it up and play an event I didn’t like, or go back to where the path split and play through a different series of races.

There’s also a storyline of sorts, which is presented through podcast recordings that play out on the menu screens.

So inconsequential is the narrative that I completely zoned out after about an hour or so. I think it’s got something to do with a rivalry between Nolan North and Troy Baker, presumably about who has the most video game voiceover credits. I don’t know, I wasn’t really listening.

At least Codemasters hasn’t shoehorned in a load of unnecessary cutscenes, which is one of my biggest bugbears in racing games.

Players can also earn medals by performing randomly assigned objectives during races. Tasking players with things like trading paint, drifting and catching air, the objectives are fairly uninteresting, although they’re straightforward enough that you’ll unlock most without even trying.

Despite these flaws, Dirt 5 excels where it matters most, and that’s when you’re going full throttle around the game’s rich and diverse selection of courses.

Throw in a selection of unique online modes – like a team-based vehicular tag mode called Vampire – plus the ability to create your own tracks and arenas, and Dirt 5 should scratch that racing itch until we get a new Gran Turismo and Forza.