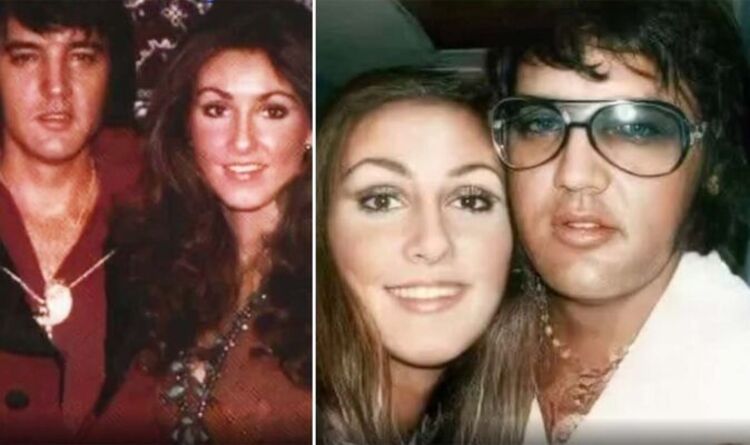 After separating and divorcing Priscilla, Elvis Presley started dating Miss Tennessee model Linda Thompson. The 37-year-old invited the 22-year-old to live with him at Graceland, which she did from 1972-1976. Now 71-years-old, she regularly shares tribute posts to her late lover and the latest has some intimate couple shots with a video charting how they met.

Linda was reposting a pictures video from a fan page and captioned it: “This is a nice throwback Thursday thanks to @elvis_and_linda_gram thank you for always reminding me in such a beautiful and creative way of a very special time in my life!”

The footage’s text read: “Elvis and Linda – a born and bred Southern couple who hit it off right away. They shared the same religious beliefs, the same love for family and devotion to mother and father. They had the same sense of loyalty and enjoyed the same cuisine. The night they first met Elvis was sitting next to her in the movie theatre doing his flirty moves. But Linda was concerned [because] he was married so she was standoffish. So during one of his nuzzles, Elvis [spoke to her].”

Linda had decided that despite her love for Elvis, she wanted to have a more normal life away from the limelight of The King’s megastardom.

The singer then began dating his final girlfriend Ginger Alden, who would tragically discover his body after he suffered a fatal heart attack on August 16, 1977.

Elvis and Linda remained friends in his final months and she would go on to attend his funeral.

An actress playing her in the upcoming Elvis movie appears to feature in the trailer although it’s not clear who has been cast.