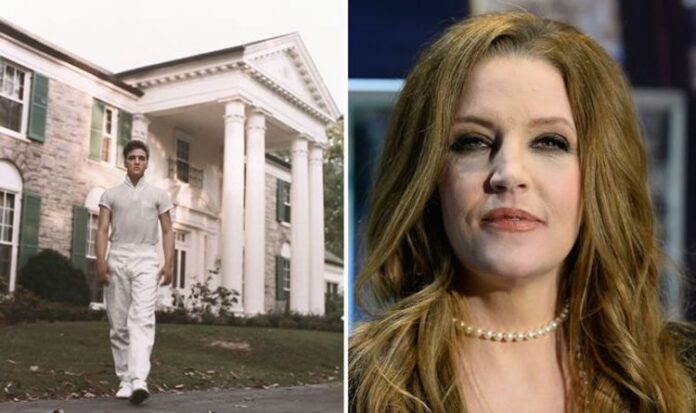 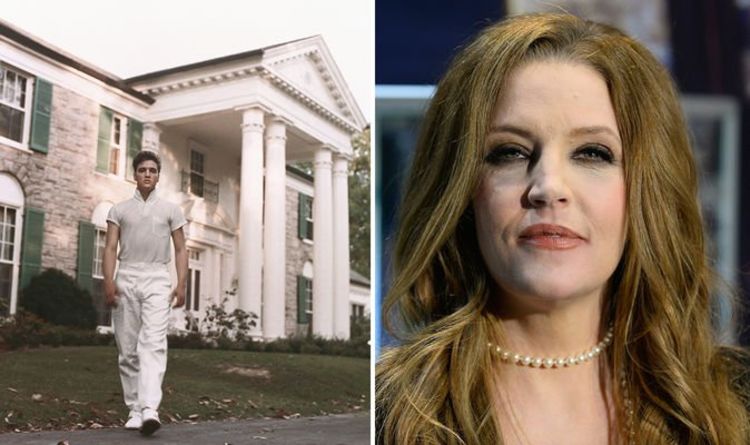 Elvis Presley’s only child Lisa Marie Presley was born in 1968 and spent much of her first nine years up to her father’s death living at Graceland. In interviews, The King’s daughter has described how much of “a terror” she was at that age. But did you know the mischievous little girl left some hidden graffiti in a “secret drawer” which is there to this day?

Graceland archivist Angie Marchese made the reveal during a live virtual tour of the Memphis mansion this week.

She pointed out the “secret drawer” located in the corridor next to the kitchen on the way into the Jungle Room from the front door.

In fact, it’s right by where fans walk during the regular in-person tour of Graceland.

Angie opened the door and written inside you can see Lisa Marie’s graffiti which reads, “Lisa’s home Graceland” with a smiley face.

Also inside the drawer is a 1993 phonebook, which may see quite random but the Elvis historian revealed it was owned by The King’s Aunt Delta Mae, who lived at Graceland until 1993.

She was the sister of Elvis’ father Vernon Presley who was invited to live at Graceland with the rest of the extended family when her husband died in 1966.

Even after Elvis died in 1977 and tours of his home began in 1982, Aunt Delta still lived at Graceland using her bedroom and the kitchen for the rest of her life.

This meant those rooms were off-limits to the public in order to accommodate her before she died in 1993 at the age of 74.

Lisa Marie remains the owner of Graceland and all of Elvis’ possessions there.

She still sometimes uses the house when visiting Memphis as a home for her family, usually after tours end.

The 53-year-old has even had Thanksgiving in the dining room while the kitchen appliances from the seventies are switched on for her when she arrives.

The King’s daughter also has a key to the mysterious and off-limits upstairs of Graceland which she sees as her safe haven to this day.

Upstairs at Graceland are Elvis’ bedroom and office, her childhood room and the bathroom The King died in.

It’s Lisa Marie’s request that Angie and the archives team, who are some of the only people allowed up there, maintain the rooms just as Elvis left them in 1977.

Everything is preserved like The King just got up and left, right down to the tiniest details.

This includes a styrofoam cup on a shelf and the last record Elvis played the day he died, which was a fresh recording of JD Sumner and the Stamps.