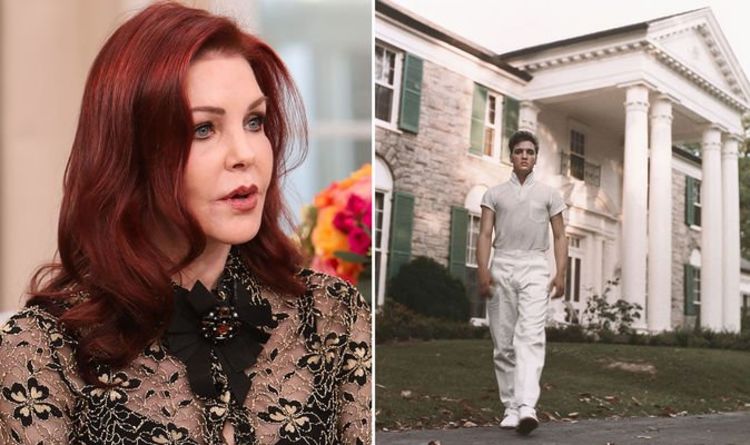 Elvis Presley’s home of Graceland in Memphis, Tennessee has been a place of fan pilgrimage since 1982. But now the iconic walls surrounding the mansion, have been vandalised by graffiti. Discovered by the museum’s workers early on Tuesday morning, spray-painted messages included: “Black Lives Matter”, “Defund MPD” [Memphis Police Department] and “Abolish ICE”.

Protest slogans were sprayed on in black and orange lettering across Graceland’s walls, over fan messages carved into the stone.

Now Elvis’ ex-wife Priscilla Presley has expressed her disgust at the vandalism.

The 75-year-old tweeted: “Concerning the graffiti at Graceland, I’m absolutely horrified that those in our own city disgraced the walls surrounding Graceland.

“I’m saddened by acts like this and appalled by this behavior.”

While Graceland has been open to the public as a museum since 1982, the upstairs remains off-limits.

The reason for this is that even during his lifetime, that was Elvis’ private area.

Up there is The King’s bedroom, bathroom, office, dressing area and Lisa Marie’s childhood bedroom.

As the owner of Graceland, it’s her wish that the upstairs is preserved just as Elvis left it in 1977.

It’s like Elvis just “got up and left”, as Graceland archivist Angie Marchese describes it.

In his bedroom, the bed is made and there are stacks of spiritual books by his bedside and in his office, according to Lisa Marie.

There’s even a styrofoam cup resting on a bookcase as that’s where Elvis left the disposable receptacle.

And the final record he listened, a fresh recording of JD Sumner and The Stamps is still in the record player.