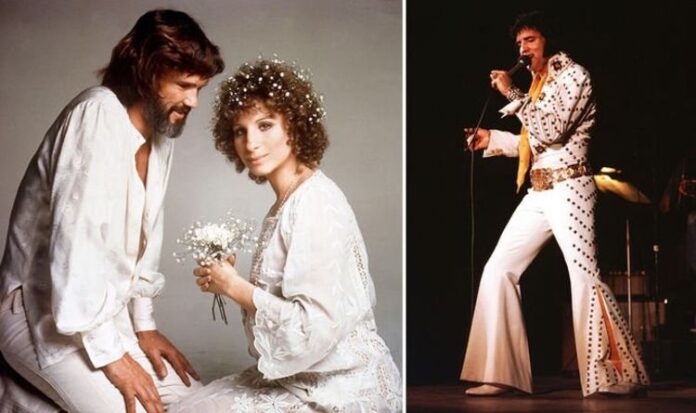 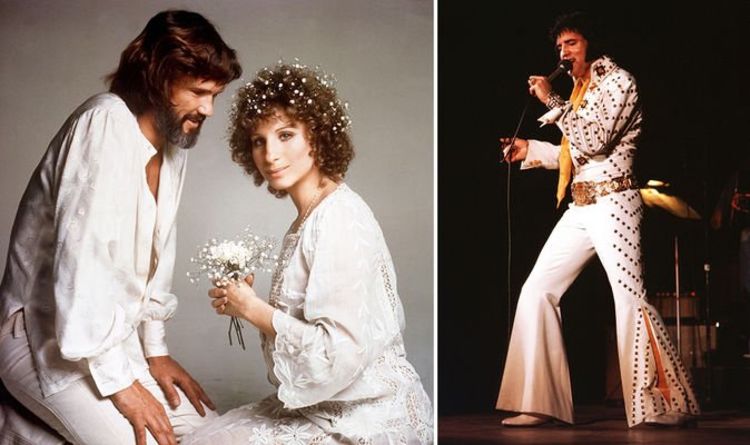 A Star Is Born has been made four times since the original 1937 film, with Julie Garland’s musical version in 1954 and most recently Bradly Cooper and Lady Gaga’s 2018 remake. But it was the 1976 adaptation that almost starred Elvis Presley opposite Barbra Streisand instead of Kris Kristofferson. The King had starred in movies from 1956 to 1969 before rebooting his music career with Las Vegas residencies and tours.

But around 1974, Elvis had talks with Streisand and A Star Is Born producer Jon Peters, who wanted him to star.

Both The King and Streisand were performing at the International Hotel in Las Vegas during this period, so were well aware of each other’s talents.

And now Elvis’ proposed contract for A Star Is Born has been unveiled by Graceland archives.

In a new video on the Memphis mansion’s official Instagram account, archivist Angie Marchese brought out a black folder.

The black folder was labelled: “A proposed Presley and Streisand film. Contract for Rainbow Road, formerly A Star Is Born.”

Angie said: “So this is the proposed agreement and contracts for Elvis to actually star next with Barbra Streisand in A Star Is Born.”

Included in the contract was $1000 a week in expenses for The King and First Class transportation to all locations.

The Graceland archivist added: “Elvis would be entitled to first position credit and 100 per cent of the title above the title.”

Of course, in the end, Kristofferson took the Elvis role as John Norman Howard, while the film was a box office smash and nominated for four Oscars.

She said: “One of the fascinating things about this contract is it lays out Elvis’ upcoming movie deals when he returns home from the army.”

The contract was signed by The Colonel on behalf of his client The King, who was serving in Germany at the time.

Angie added: “It goes through amazing detail of everything from when he was going to appear, how much money he’ll be making, what they expect from him, the period of the contract [and] how long he’s under contract for each of the films.

“It’s pretty detailed! Goes into marketing as well as producing and photography and everything that goes along with making an Elvis movie.”

In the end, the star never made another movie but continued touring throughout 1976 and some of the following year.